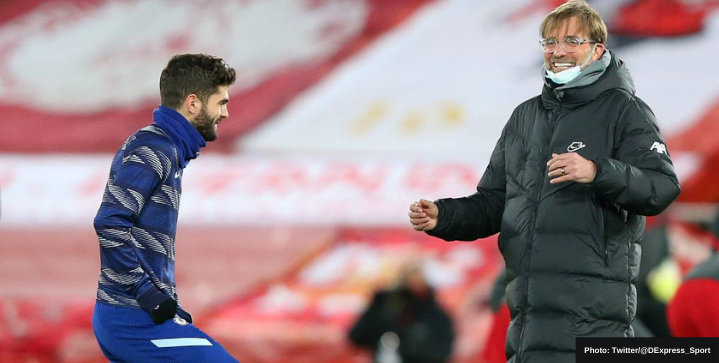 Pulisic came off the bench for goalscorer Hakim Ziyech in Wednesday’s Champions League match to assist Emerson Palmieri on the game’s second goal. Chelsea closed out the tie 3-nil winners and move on to the quarter-finals.

What Brad Friedel said about Pulisic

“I think Liverpool’s system is a good one for Christian, without a doubt,” Friedel told Cardschat. Friedel once played for the Reds before heading to Blackburn, Aston Villa, and retired at Spurs.

“He’s very quick, his first steps are quick and even when he gets going, he’s very quick. The pressing style that Jurgen Klopp likes to play under, then the quick counter-attack and the runs through the lines, I think he would be able to perform very well in that system.

“Again, I have no idea if that’s a player that they’re looking at, but that type of system would be ideal for someone like Christian.”

“Pulisic has the potential to be the most successful American player in mainland Europe but it is still relatively early days with a new head coach at Chelsea who I hope he can do well under.

“At the beginning of the season, he was unplayable at times and doing really, really well. Let’s just see how it goes for the US. He is our best attacking player, and we’ve got a few of them. We need him to stay injury free, that’s for sure.”

Why Chelsea would sell Pulisic to a rival, of course, is concerning. But Chelsea has a history of letting emerging players go too early like Kevin de Bruyne and Mohamed Salah.

Pulisic could face just as stiff competition at Anfield as well.

The alternative could also see Pulisic stay and compete for a starting job at Stamford Bridge, assuming the player can stay healthy.

Right now, Tuchel sees the American as a super-sub.

It took Pulisic a whole season to convince Lampard that he should be in the starting eleven.

Is the best is yet to come from Pulisic?

After all, it was Tuchel who gave 17-year-old Pulisic his firs start at BVB. With a little patience, Tuchel might the man to take Pulisic’s game up another level.