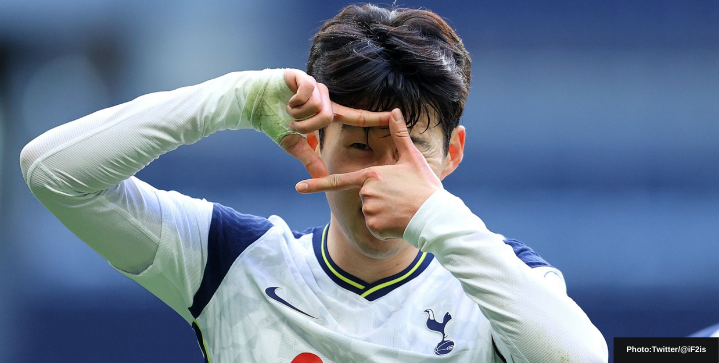 Tottenham ace Son Heung-min could be on his way to Bayern Munich next season, according to Football Insider.

The Bavarian giants are looking to bolster their attacking options with a ‘plot’ to sign the South Korean winger while his contract negotiations stall in North London.

Due to financial concerns around COVID-19, Spurs postponed their proposed 5-year contract extension with Son last October which promised over £200,000-a-week. It would’ve made the player one of the highest-paid earners at the club alongside Harry Kane and Tanguy Ndombele.

Son’s existing contract with Spurs expires in 2023. Bayern are willing to wait another year to land their star man should Tottenham decide to cash in at the right price.

“Son is not a problem, he has a contract still for a couple of years if I am not wrong, maybe even three. I believe, just to wait for the right moment to do it,” Spurs boss Jose Mourinho said in February.

“Probably this situation with the world where we are, the covid situation, I do not think it is the right moment for players and clubs to discuss contracts with so many people losing jobs and not working and difficulties.

“I believe that when the sun shines again for the world, I believe the club and Sonny they are going to arrive quite easily to a conclusion.”

What Bayern can offer

Bayern Munich are prepared to offer Son a new five-year deal well above what Tottenham are offering the attacker.

28-year-old Son has the second-most assists in the Premier League (19) after the start of last season. He has 18 goals and 16 assists in all competitions this season, enjoying a flourishing partnership with Harry Kane.

Kane, however, is also subject of rumors to leave Tottenham.

Son got his professional start in the Bundesliga for Hamburg and Bayer Leverkusen before signing for Spurs in 2015. The player may well be tempted to end the peak of his career in the Bundesliga with a club that guarantees Champions League and trophies.