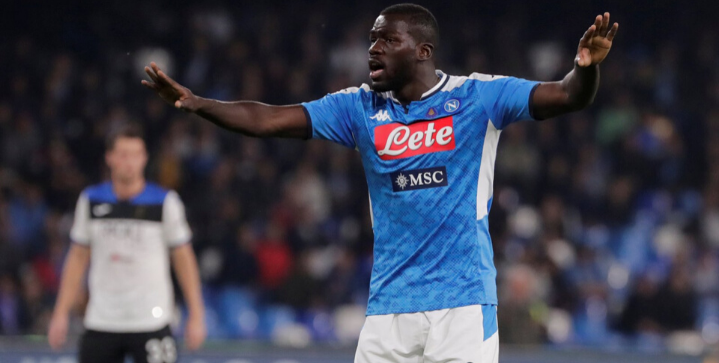 According to El Desmarque, Spurs are in talks with Serie A side over Koulibaly for a fee of around €100m.

Spurs are confident that a deal can be reached for the Senegal international, who according to ESPN correspondent Tommy Scottwell “is keen to work under Jose Mourinho.”

28-year-old Koulibaly has been linked with a row of top clubs since hinting at a Napoli exit last summer.

Manchester United nearly secured the player but opted to break the bank, spending around $100 million for the younger Harry Maguire instead.

Some reports continue to link the defender to Manchester United with Italian journalist Fabio Santini reporting that “Napoli will sell Kalidou Koulibaly to Manchester United for a figure of around €70-75m. It seems all done. Naturally, such a deal will be closed only in June and certainly not in January in the winter transfer window.”

Could Kalidou Koulibaly be another Virgil Van Dijk?

Should Spurs be willing to spill the cash for the 2018/19 Serie A defender of the year, they will guarantee themselves a return of mix of leadership and skill, with Koulibaly coming the closest to resembling Liverpool’s Virgil Van Dijk.

Thus is why former Liverpool defender Phil Babb is urging Jurgen Klopp to snatch up Koulibaly before another Premier League club gets him first.

“As a fan and a broadcaster I wonder where Klopp can improve the squad and I’d probably say they might want to look at bringing in another top, top centre-half,” said Babb.

“That’s only because of the injury records of Gomez, Matip and Dejan Lovren. Virgil van Dijk is like a thoroughbred horse, very rarely gets injured, and if he could have another world class centre-half constantly alongside side him that would bolster Liverpool.

“Can you imagine Virgil van Dijk and Kalidou Koulibaly together? That would be some centre-half partnership.”

Meanwhile, Spurs fans will be imagining the pairing of emerging starlet Japhet Tanganga and Koulibaly fortifying the Spurs backline.

But don’t expect any Premier League club to nail down a deal this January window for the Ballon d’Or nominee. And don’t rule out a bid from Barcelona as well.

Which team will make Koulibaly a priority signing this summer?