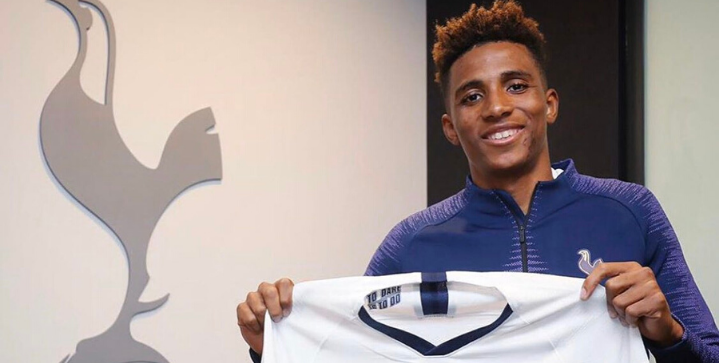 Tottenham have confirmed the signing of Benfica star Gedson Fernandes on an 18-month loan deal with the option to make the move permanent.

The 21-year-old midfielder becomes Mourinho’s first signing for Spurs. “I’m very happy to be here today – I make my dream a reality,” remarked Fernandes on the club’s official website.

“For me, it’s one big dream to come to this big Club. I will try to give my best for the Club every day, in every training session and in every game and I will try to help the team wherever I can, working hard every day for this shirt.”

Fernandes will wear the No 30 for Spurs.

Mourinho loves to shop in Portugal

Fernandes is the 11th player Mourinho has brought in from the Primeira Liga.

“All young players want to work with [Jose Mourinho] because he’s one of the best, all of us want to stay near the best. He’s fantastic,” said Fernandes upon signing in North London.

Fernandes is known as an explosive box to box midfielder who made his way from the Benfica academy to the first team last season. He’s made 53 total appearances for the Eagles whom he helped secure a 37th Primeira Liga title last year. He’s also earned two caps with the Portuguese national team to date.

Fernandes will get a chance to show his potential with Moussa Sissoko out on injury. Spurs have the option to buy the Portuguese player for £56M at the end of the player’s loan deal.

Is Gedson Fernandes a good signing for Spurs? Let us know on Twitter.