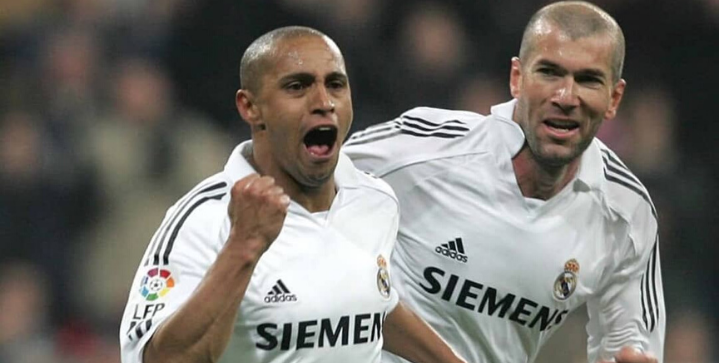 While not the sexiest position in the world, the best defensive players are both reliable walls and offensive catalysts. Here we present some of the best defenders of all-time.

The footballer who ushered in the sweeper role for his dual dominance at both ends of the field earned 103 caps for West Germany over twelve years. Franz Beckenbauer played in 3 World Cups, leading the team to its 1974 victory, while also winning the 1972 European Championship. He also coached the German side to a World Cup in 1990.

The stalwart defender Franco Baresi played 81 games with the national side, winning the 1982 World Cup and playing in two more. Perhaps more remarkably, he played 719 fixtures with AC Milan where he served as captain for 15 of them. By the end of his career, he won the Scudetto a whopping six times and along with three European Cups.

Recognized as one of the best full-backs to play the game, Cafu guided Brazil to two World Cups titles, two Copa América titles, and a one Confederations Cup. With 142 appearances to the national side, no one will ever forget the sight of Cafu making one of his trademark runs down the right flank threatening the opposition with one of his deadly crosses.

The 11-year England veteran will forever be remembered as the leader of the Three Lions side that won the 1966 World Cup on home turf. A national icon, Moore earned 108 caps as a poised defender and team captain.

The center back Alessandro Nesta played over a decade with the Azzurri, participating in 3 World Cups and earning 78 caps. While exiting the 2006 World Cup with an injury in the final group game, Nesta demonstrated his fair share of all-around talent and defensive skill in his ten years with Italy. Nesta finished his career in the Serie A with 2 Champions League trophies, 3 Serie A titles, and 3 Cup victories.

With 125 appearances for the Seleção, defender Roberto Carlos helped Brazil win the 2002 World Cup, a Confederations Cup, and a Copa America. The left-back was known for his powerful and bending free-kicks that were known to reach up to 105 mph, most notably the rocket he hit against France in a 1997 friendly match.

An inspiring leader with a diligent work ethic, high back Carles Puyol captained the Barca side for a decade where he won six La Liga titles and three Champions League trophies. On a team of superstars, he may not have been the flashiest player, but he was the most committed. His winning attitude was contagious — he also helped steer Spain to the World Cup in 2010.

The Italian left-back Giacinto Facchetti played in three World Cups, winning as runner-up in 1970. He also captained the side that won the 1968 European Championship. His performances at club level were equally praiseworthy — he finished his career at Inter Milan with four Serie A titles, two European Cups, two Intercontinental Cups, and a Coppa Italia.

The legendary Dutch defender earned 339 caps at the club, a 12-year career that saw him clinch 8 Dutch league titles. Known as a tough tackler and tactician, Krol contributed to one of the greatest Ajax sides of all time that won the three European Championships of 1971, 1972, and 1973.