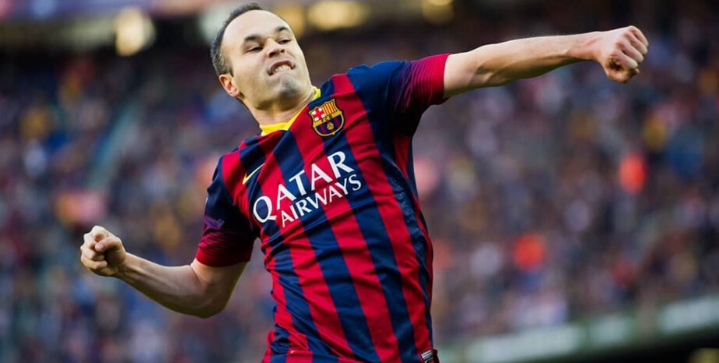 Dutch legend Johan Cruyff helped to facilitate the creation of La Masia at Barcelona, establishing a youth academy to replicate the one he grew up with at Ajax. While the talent school birthed the likes of Lionel Messi, it also helped develop homegrown talents such as Cesc Fabregas, Pedro, Sergio Busquets, and other successful graduates.

Here are some of Barcelona’s best-ever Spanish players, most of which received their training at the school.

A product of Barcelona’s La Masia youth academy, Andrés Iniesta emerged into a club legend where he played for 14 years. The versatile and inventive midfielder played an essential role in the Catalan side that won the treble in 2009 and 2015. His whopping 33 trophies over 16 years in the first team include nine La Liga titles and four Champions League. He received runner-up to Messi in the 2010 Ballon d’Or.

A fruitful scorer in his time with Valencia, David Villa signed to Barcelona for €40 million in 2010. He continued his scoring spree with Barcelona, where he bagged 48 goals over 119 appearances. He also won his first Champions League and first and second La Liga titles with the club.

Recognized as one of the most complete goalkeepers of his time, Víctor Valdés earned 387 caps with Barcelona and helped the team win a plethora of trophies including three Champions Leagues, six domestic leagues, and six Copa del Rey.

The engine of the midfield, the ever-creative Xavi epitomized the short pass and move philosophy of the tiki-taka alongside teammates Iniesta and Busquets. In his 17 year spell for the Catalonia side, he won 8 Spanish titles, 6 Copa Del Rey, and 4 Champions League trophies.

An indomitable on-field leader, Carles Puyol captained the Barca side for a decade, winning six La Liga titles and three Champions League trophies. Not the flashiest player on the squad, he was the most committed and his winning attitude was contagious.

A deep-lying playmaker with excellent ball control and defensive anticipation, Sergio Busquets is a La Masia graduate who has become a staple for the current side.

A graduate of Barcelona’s youth academy La Masia, Cesc Fabregas returned to Barcelona from Arsenal to play first-team football in 2011. During his 3-year tenure at Nou Camp, he helped the team win La Liga, a Spanish Cup, and two Spanish Super Cups.

Known as one of Barcelona’s most versatile players ever, the creative midfielder Luis Enrique earned 300 caps with the Catalan side where he scored 109 goals. Before he coached the team in 2014 to the Treble, he had already won La Liga, a Copa del Rey, and a Spanish Super Cup as a player.

Not known for his pace, Gerard Piqué has nonetheless morphed into one of Barcelona’s most versatile defenders given his dependability in the air and sharp passing abilities. In his 456 caps in his nine years with the squad, he’s won the Treble of Champions League, Spanish Cup, and La Liga twice.

The Spanish winger spent seven years with the Catalan side, where he earned 321 appearances and scored 99 goals. During his tenure, he helped the team win Champions League three times along with five La Liga titles, and three Spanish Cups.