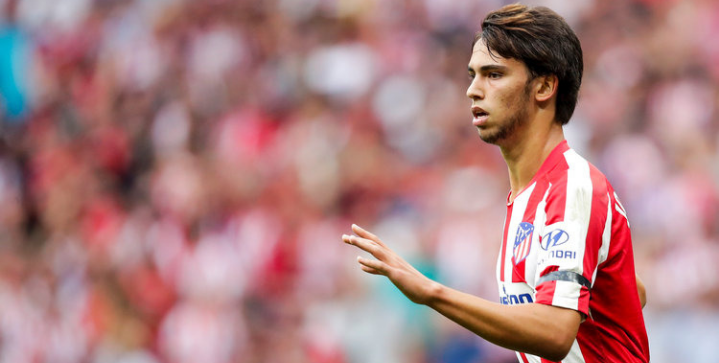 The 2019 summer transfer window was bustling with Europe’s top leagues — Premier League, La Liga, Serie A, Bundesliga, and Ligue 1 — combining to spend over $5 billion. Over $1 billion of that transfer pot was spent on the top 10 most expensive transfers. Although Neymar stayed put, here are players that earned massive transfer fees on their way to new clubs.

Often touted as the next Cristino Ronaldo, Portuguese wonderkid Joao Felix left Benefica to join Atletico Madrid on a transfer fee of $136.3 million. The most expensive transfer of the summer, Atletico Madrid made Felix the club’s richest signing of all-time. He’s already bagged his first goal and added an assist in Atletico’s three victorious matches of the 2019/20 season.

A post shared by The SoccerGator Sports Company (@thesoccergator.io) on Sep 1, 2019 at 1:00pm PDT

The Frenchman Antoine Griezmann turned heads when he announced his intention to sign for Barcelona, the club he ditched just a year before to remain at Atletico Madrid. The $129.8M transfer fee paid by the Blaugrana was the summer’s second-largest deal after Joao Felix. The forward has enjoyed a strong start to the Catalan giant’s campaign, scoring two goals at Camp Nou and providing one assist so far three games into the season.

The ‘Belgian Messi’ Eden Hazard held the crown for the most expensive player this summer at a $106.8 million transfer fee before Joao Felix and Antoine Griezmann were announced. Long admire by Zinedine Zidane, the 28-year-old winger now joins a lethal partnership with Karim Benzema and Luka Jovic.

The England international Harry Maguire became the most expensive defender ever in signing for Manchester United this summer. The $96.5M transfer fee edged out Virgil Van Dyk’s record-setting fee for a defender last year. The 6’4 foot Maguire who Paul Pogba calls ‘the Beast’ looks to strengthen a Red Devils defense alongside Wan-Bisakka, Lindelof, and Luke Shaw.

Thanks to everyone who has supported me and played a part in my career. I'm proud and honoured to join @manchesterunited . What an incredible football journey it’s been so far ⚽ . #thankyou #football #manchesterunited #manutd

Arsenal made 24-year-old Ivory Coast winger Nicolas Pepe the club’s fourth signing this summer, shelling out a club-record $86.8 million to snag the player from French side Lille. While Gunner fans are still waiting for the player to net his first goal, Pepe became the first player to successfully dribble past Virgil Van Dyk in the defender’s last 50 matches in the Premier League.

New beginning… It’s a real pleasure for me to wear Arsenal’s colors and to be a Gunner 💪🏻 I’m so proud and honored to play in that team in wich I’ll be able to progress more and more every day thanks to the big players who are in this team 🤜🏻🤛🏻 I’m so excited to meet all of you Arsenal fans. Thank you to welcoming my family and me like that. It’s thanks to my parents, my bros and my sister that I’m here today so….. Let’s go to win TOGETHER 💪🏻 🔴 COYG 🔴

After a summer spent pushing for an exit from Manchester United, Romelu Lukaku finally found his calling on deadline day in Inter Milan. The Belgian international signed for the club for $84.4 million, in what coach Antonio Conte deemed an excellent deal. Lukaku is off to a promising start in Serie A with two goals in two appearances.

Bayern Munich smashed their transfer record in March to acquire French defender Lucas Hernandez from Atletico Madrid. Hernandez is now the third most expensive defender of all-time given Manchester United’s record-signing of Harry Maguire. The World Cup winner is sure to bring his physicality and tackling skills to the Bavarian giants.

After a summer vacillating between Manchester United, Barcelona, PSG, and Juventus, Matthijs De Ligt selected to join the Turin side. There is no doubt the legendary Cristiano Ronaldo helped influence the Dutch defender’s decision. Given the extended injury to Juve starting center-back Giorgio Chiellini, Matthijs de Ligt should get plenty of game time to shine for the Bianconeri.

4you, 4ever #family #TURNDELIGTON @juventus

While the Dutch midfielder expected to play for Arsenal before Barcelona in taking the “Marc Overmars route,” Frenkie went straight to Camp Nou. The 22-year-old starred in last year’s Champions League tournament and helped Ajax their first trophy in five years, along with the Eredivisie title.

Spanish defensive-midfielder Rodrigo signed to Manchester City for a whopping fee of $75.5 million. The 23-year-old is already a Pep Guardiola favorite, an excellent passer who can hold possession of the ball and build from the back.