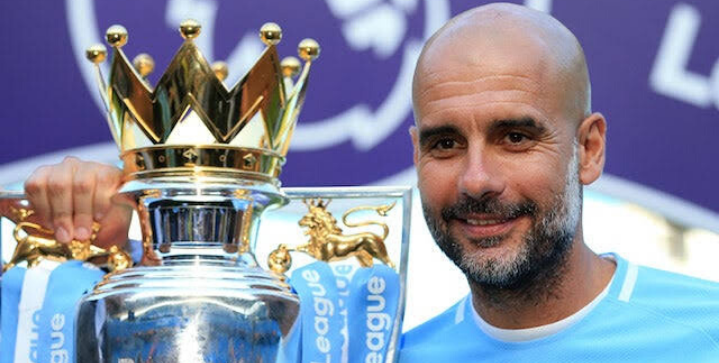 From Sir Alex Ferguson and Arsene Wenger to Pep Guardiola, the Premier League has hosted some of the world’s best coaches in its 30-year history. Let’s take a look at some of the bosses who’ve succeeded in the league.

He’s never won a Premier League trophy and got axed from Spurs last year, but Mauricio Pochettino still deserves to make the list.

During his year spell with the club, he took Spurs to fifth, third, second, third, and fourth-place place finishes. During the 2017/18 season, he became the third-fastest Premier League manager to reach 100 victories. And he did all this with a transfer budget far below is arch-rivals.

While Kenny Dalglish led Liverpool to three Football League First Division titles during the 80s, he won his first Premier League title as boss of Blackburn during the 1994/95 season. Leicester City is the only other team out of the big four to have won the Premier League to-date.

While Ranieri coached Chelsea in the early part of the century, he will forever be enshrined for his work at Leicester City where his team was 5,000–1 outsiders to win the 2015/16 Premier League title.

One of the most improbable titles in the league’s history, Ranieri will forever go down in Premier League folklore for Leicester’s fairytale season. He won the Premier League manager of that season.

Rafael Benitez was a proven boss across various stints in the Premier League. He led Liverpool to four top-four finishes on top of the Champions League trophy in his inaugural season.

However, Benitez might be equally remembered for taking a budget-strapped Newcastle back into the Premier League after winning the Championship during the 2016/17 season.

The Spaniard also coached Chelsea on an interim basis during the 2012/13 season and led them to the Europa League trophy.

One of the most enthusiastic coaches in the world, Jürgen Klopp’s passion is infectious. The German coach has also earned his fair share of successes over the years managing the sides Mainz 05, Borussia Dortmund and Liverpool.

Above all, Klopp led the Reds to their first Premier League title in the 2019-20 season. Absent Guardiola’s Manchester City, he’d won at least two more.

The legendary Italian manager Carlo Ancelotti has won a slew of titles across the Serie A, La Liga, Ligue 1 and the Premier League. In 2022, he became the first manager ever to win the UEFA Champions League four times.

During his first stint in the Premier League, he won the league and the FA Cup with Chelsea. After a brief stint at Everton, the Italian returned to Real Madrid where he added a Champions League and La Liga title during the 2021/22 season.

Nicknamed ‘the Special One,’ José Mourinho is widely regarded as one of the best football managers in the world. He’s won a breadth of silverware in all the teams he’s coached across Portugal, England, Italy, and Spain.

But it was in England where he earned his reputation as one of the world’s best. Mourinho guided Chelsea to three league titles

With A 65% win percentage, Mourino is currently looking to deliver trophies for Tottenham Hotspur.

The classy Frenchman Arsene Wenger coached Arsenal for over two decades, becoming the most successful coach in the club’s history while establishing unprecedented best practices for dieting, training, and scouting.

His 2003/04 side remain the only Premier League team to ever go unbeaten all season.

With stunning success across clubs FC Barcelona, Bayern Munich, and Manchester City, Josep “Pep” Guardiola is undoubtedly one of the best managers of all-time and widely considered the best Premier League manager ever.

Sir Alex Ferguson makes the top spot on this list. An absolute legend.

The top 10 best left-backs of all-time