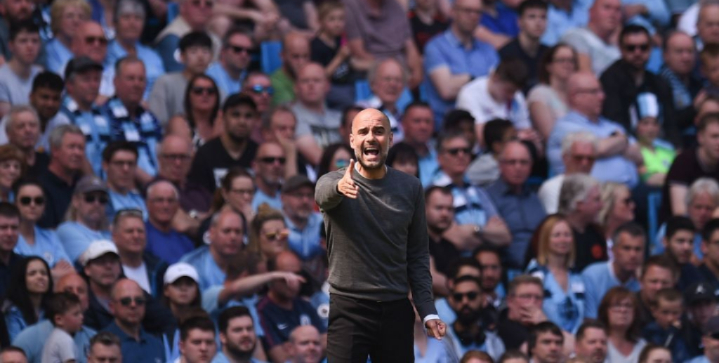 A win today puts Manchester City above Liverpool and back in charge of their own destiny. A Manchester United victory boosts the Red Devils chances of making the top four, thereby securing a Champions League spot.

Here are three things to look out for in the match:

Bruyne out, Sane in

Expect Pep Guardiola to start Leroy Sané given the absence of an injured Kevin de Bruyne. The Belgian midfielder suffered a hamstring injury in last weekend’s one nil victory over Tottenham.

Although Sané is Manchester City’s key assist man and fourth leading scoring he often gets the ax from the starting lineup, especially for big matches. Rest assured that the 23-year-old German will use the starting opportunity to convince Guardiola that he’s better than a benchwarmer.

Be prepared for Guardiola to back up his words with an early goal from an all-out attack in the beginning stages of the match.

Given United’s lackluster four nil defeat last weekend to Everton, the team will be looking to bolster home support with a win. But only if the team can hold up the ball and be patient in the attack. Said manager Ole Gunnar Solskjaer: “They will snap at your heels and ankles and kick you, they won’t allow us easy counter-attacking, there will be fouls, absolutely no doubt about it.”

The Citizens eke it out 2-1

Having suffered a devasting Champions League exit to Tottenham, Manchester City will expect to finish the season in perfection.

Said Guardiola: “I am not going to criticize them because we are out (of the Champions League). I see every day what we have done over the past two seasons, they show me character every three days.

“I have good players, but they have to do it. And when people expect them to do it, it’s harder to do it. That’s why we push them but they respond really well. I love my team.”

Despite a notable effort from the Red Devils at Old Trafford, we expect a scoreline of 2-1 to City.