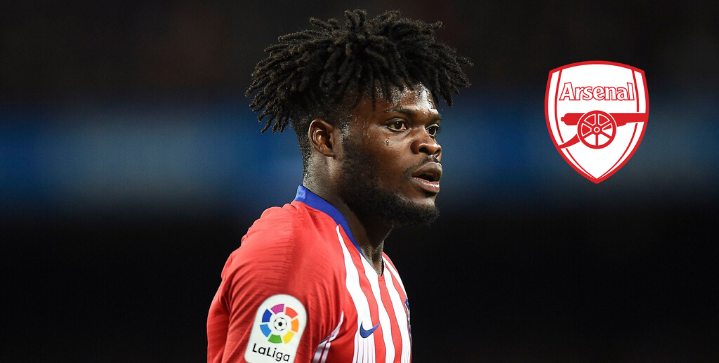 A childhood Gunners fan, Partey likes the idea of living in London and working with Arteta. Partey has also told friends in his inner circle about his ambitions to join the North London club.

Arteta: Lacazette out, Partey in?

Thomas Partey was high on Arteta’s wishlist before the coronavirus pandemic shut down football.

Given the likeliness of empty games at the Emirates amongst other financial pressures for the remainder of the Premier League season, Arsenal may have to get creative in structuring a deal.

Partey has a £45million release clause. But given Atletico Madrid’s interest in Arsenal striker Alexandre Lacazette (valued at £40 million), the clubs are considering making a swap deal.

Last year’s Arsenal Player of the Season, Lacazette scored 19 goals and provided 15 assists in 49 games in all competitions. However, he’s suffered a dip in form this season, scoring 9 goals and assisted 3 thus far.

Lacazette has nonetheless denied rumors that he’s in any way interesting in leaving North London calling such speculation ‘Not beautiful at all’.

Meanwhile, it was Thomas Partey’s complete midfield performance that helped Atletico kick out defending champions Liverpool from the Champions League this season.

A top DM, Partey holds the best dribbling percentage stats in La Liga this season with 81.8% most successful dribbles, 14% better than Lionel Messi.

Which team would be getting a better deal in this potential swap? Let us know on Facebook.