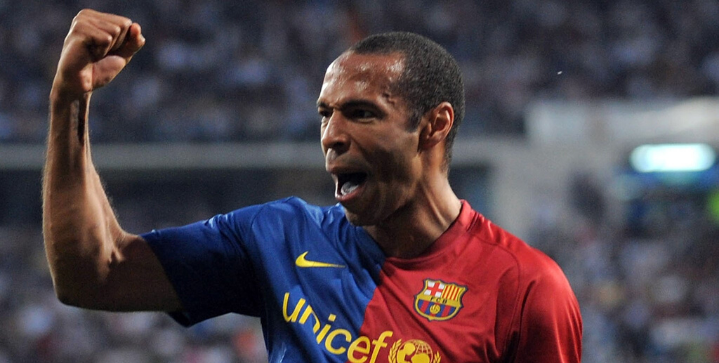 Thierry Henry is tipped to replace the much-maligned Ernesto Valverde at Barcelona at the end of the season, according to the Catalan daily Sport.

Henry is currently the boss of Montreal Impact, having accepted the new role on a two-year deal just last month. He’s yet to coach a game as the MLS season starts next February.

Coach since 2017, Valverde is under-fire for his team’s capitulation in last year’s Champions League semifinals against Liverpool, a follow-up to the 2017/18 breakdown in Rome, on top of Barca’s lackluster play this season despite the club sitting first in La Liga table.

Valverde’s contract expires in June with an option to renew for another year.

Could Henry really be Barcelona’s next boss?

Thierry Henry played for the Blaugrana for three years, becoming a staple in the team’s 2008/09 treble-winning side that included the Copa del Rey, La Liga, and Champions League. The team went on to complete the sextuple that same year.

Despite knowing ‘the Barca way’ and being a close friend of Barca sporting director Éric Abidal, Henry’s managerial record runs apposite to his success as a player.

His first stint as boss of Monaco lasted only 104 days, winning only four of his 20 matches before getting sacked with the club sitting 19th in the Ligue 1 table. He did, however, help Roberto Martinez as an assistant coach in reaching the 2018 World Cup semi-finals with Belgium the summer prior.

How Henry boosts his candidacy will rely on overcoming his doubters by proving his initial success in Montreal.

A legend at Camp Nou and close friends with some of the players still in the dressing room including Messi, Pique, and Busquets, Henry appears to be a realistic contender as Valverde’s successor.

But is Henry ready to coach such a massive club? Let us know your thoughts on Twitter.