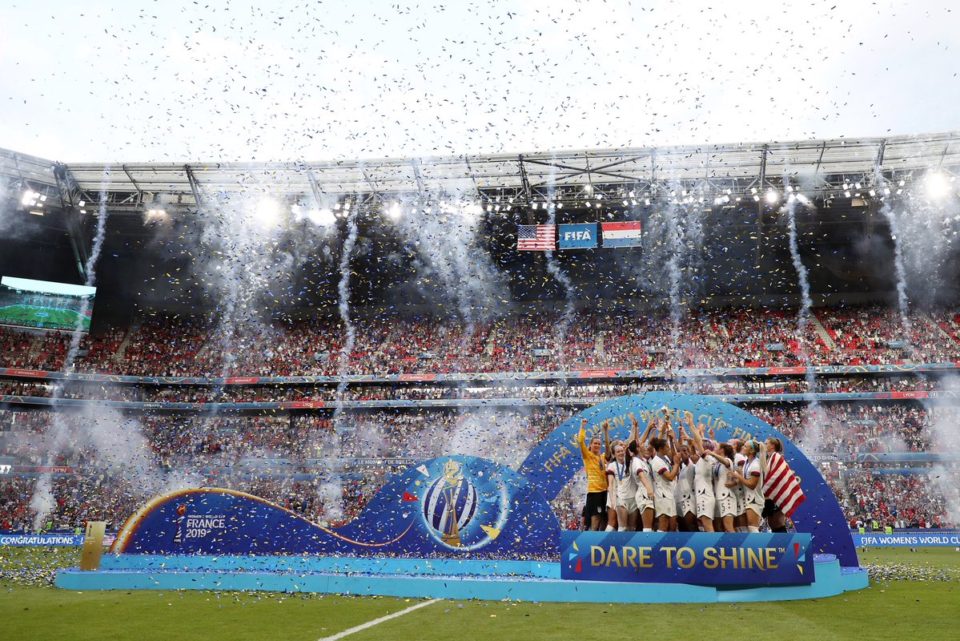 The U.S. women’s team won their fourth World Cup title on Sunday, defeating the Netherlands 2-0 at the Parc Olympique Lyonnais.

Megan Rapinoe opened the scoring from the spot in the 61st minute after a penalty was awarded to the Americans for a high boot on Alex Morgan in the box. The goal was Rapinoe’s 50th goal of her career, as she became the oldest player (34) to ever score in a World Cup final.

A second US goal came eight minutes later when 24-year-old midfielder Rose Lavelle made an incredible solo run down the middle of the defense before firing a shot into the right corner of the net.

The scoreline held up to the end of the match, with the United States taking home back-to-back World Cup trophies.

Megan Rapinoe earned the Golden Ball for best player of the tournament along with the Golden Boot for most goals (6).

While this tournament showed that women’s soccer improved everywhere around the world, especially in Europe, the US demonstrated that they too can get better.

Perhaps the best US team ever assembled, this squad played consistently attacking football the entire tournament all the while basking in confidence that others criticized.

At the end of the day, winning another World Cup trophy says it all.