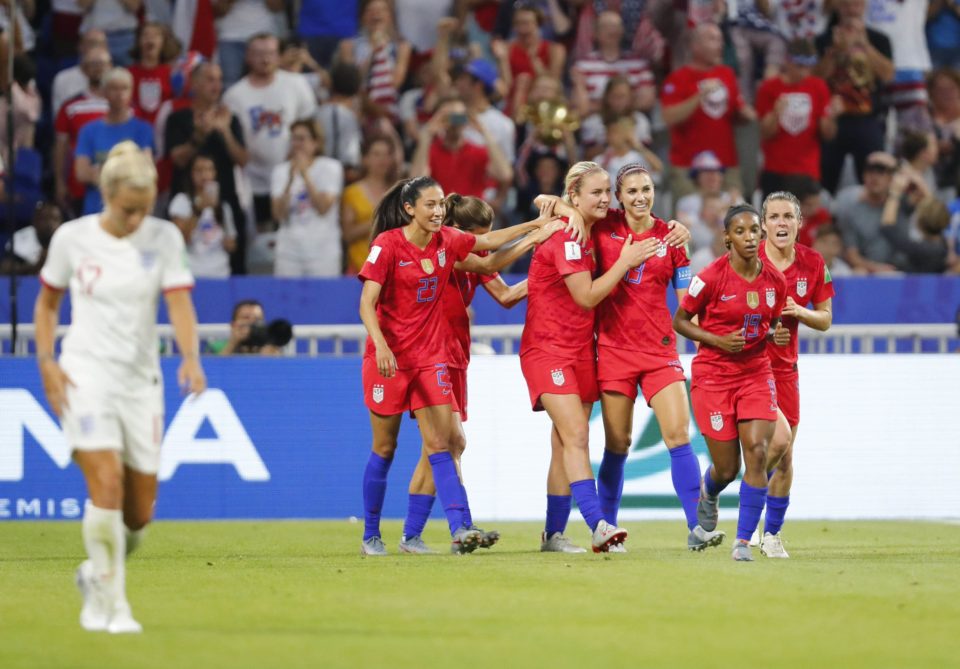 The U.S. women’s team defeated England to move on to their third straight World Cup final.

In a surprising game-time decision, Christen Press played in replacement of Megan Rapinoe, star of the last two matches and scorer of the United States last four goals.

Press netted the game’s first goal with a stunning header in the 10th minute. But England sharpshooter Ellen White equalized with a one-touch knock-in in the 19th minute. White led the race for the Golden Boot, if only for 11 minutes.

Alex Morgan scored the go-ahead goal in the 31st minute, making her the tournament’s Golden Boot leader. The birthday girl celebrated the goal by taking a sip of tea, an apparent jab at her opponents.

The second half was action-packed.

Ellen White tied the score in the 67th minute, only to have it ruled out by VAR. She also had a chance to seal the equalizer ten minutes later when US defender Becky Sauerbrunn fouled her in the box. White missed the subsequent penalty kick.

The United States will now have a chance to win its fourth World Cup title. Sweden and the Netherlands face off in tomorrow’s semi-final match to decide the final World Cup matchup.