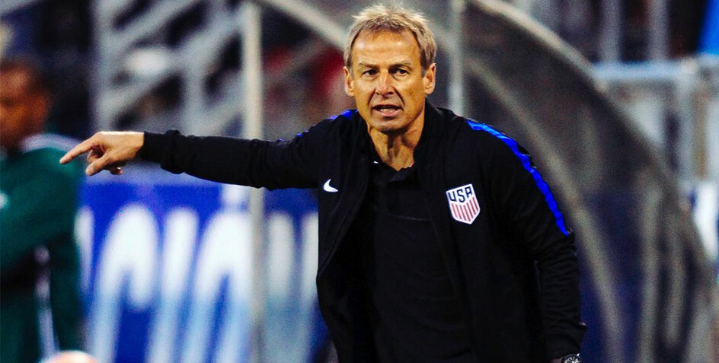 For the last 104 years, the United States men’s national soccer team has seen a total of 32 coaches at the helm. But there have only been a handful of managers to coach at least 20+ matches while also making a significant contribution to the side. Below are red, white and blue best coaches to date.

Say what you want about Bruce Arena but the American soccer coach ended his national coaching career with the highest winningest percentage for managers that appeared in at least 60 matches. He coached two World Cups, the 2002 and 2006, getting the squad all the way to the quarter-finals to face Germany in South Korea after beating Mexico in the Round of 16.

With 81 wins, 35 draws, and 32 losses, Arena earns the top spot as the USMNT’s longest and most successful coach to date. During Arena’s reign, the US team was even ranked fourth in the world. But the 2006 tournament was less impressive, with the Americans bowing out in the group stages. He briefly returned to coach the Stars and Stripes in 2016 but failed to qualify the team for the World Cup in Russia.

The former world football star and head coach of Bayern Munich and national side Germany experienced mixed success with the United States men’s national soccer team. With a winning percentage slightly below Bruce Arena but still above 60%, he was able to modernize the way the national team trained and above all, recruited players. Unlike previous coaches, he made an effort to pluck players with American passports overseas who had first-team European football experience.

From the likes of Jermaine Jones to John Brooks who scored the memorable winner to get the US over Ghana in the group stage, Klinsmann’s early management style helped propel the US back to the forefront of soccer legitimacy. But after losing out to Belgium in the Round of 16 at World Cup 2014, the team slowly fell apart due to Klinsmann’s inconsistent playing style. With the team’s fourth-place finish in the 2015 CONCACAF Gold Cup and struggling into World Cup qualifiers, Klinsmann was let go to be replaced by former USMNT coach Bruce Arena.

The former assistant coach under Bruce Arena at the University of Virginia, Bob Bradley took over the United States men’s national soccer team in 2006. In his second year, he guided the side to the 2007 CONCACAF Gold Cup and then beat Spain in the 2009 Confederations Cup before losing to Brazil 3-2 in the final.

With his midfield maestro son Michael Bradley on the 2010 World Cup roster, Bob Bradley led the team to the Knockout Round, but Ghana eliminated the team once again. After losing to Mexico in the 2011 CONCACAF Gold Cup 4-2, Jürgen Klinsmann took Bradley’s place. Bob Bradley finished his USMNT coaching tenure with 80 wins, 43 ties, and 12 losses.

Steve Sampson coached the United States men’s national soccer team for three years, enjoying a successful qualifying round that got the squad into the 1998 World Cup. His 62 wins, 26 draws, and 14 losses amounted to a 53% winning percentage, still below the likes of Bradley, Arena, and Klinsmann that followed him. However, his tenure ended prematurely when the USMNT failed to make it past the group stage in stiff competition against Germany, Yugoslavia, and Iran.

As the host nation for World Cup 2004 and in the desperate need to prove themselves as an emerging soccer nation, the US Soccer Federation hired Serbian Bora Milutinović to coach the squad. Milutinović helped the team get a win against Colombia to advance to the knockout stages of the Cup before losing to Brazil 1-0. After four years as coach, Milutinović was let go in 1995 with 96 wins, 30 draws, and 35 losses.

Bob Gansler managed the USMNT team from 1989 – to 1991. With America’s top college and semi-pro players, he led the national side team to the 1990 World Cup, their first appearance in 40 years.

He finished his two-year tenure with a 49% winning percentage, including 37 wins, 15 draws, and six losses.

The current coach of the USMNT’s team, Gregg Berhalter, appears to be taking the team in the right direction. Hired two and half years ago, the former USMNT player himself has beat arch-rivals Mexico in two consecutive finals (Nations Cup and Gold Cup) with an A and B Team.

With a 25-6-3 record, he’s the fastest in program history to reach 25 victories. The players fight for him.

All eyes though will be on Berhalter’s work in World Cup qualifying. A win against Mexico at the Azteca in late March can book the USMNT’s spot in Qatar.