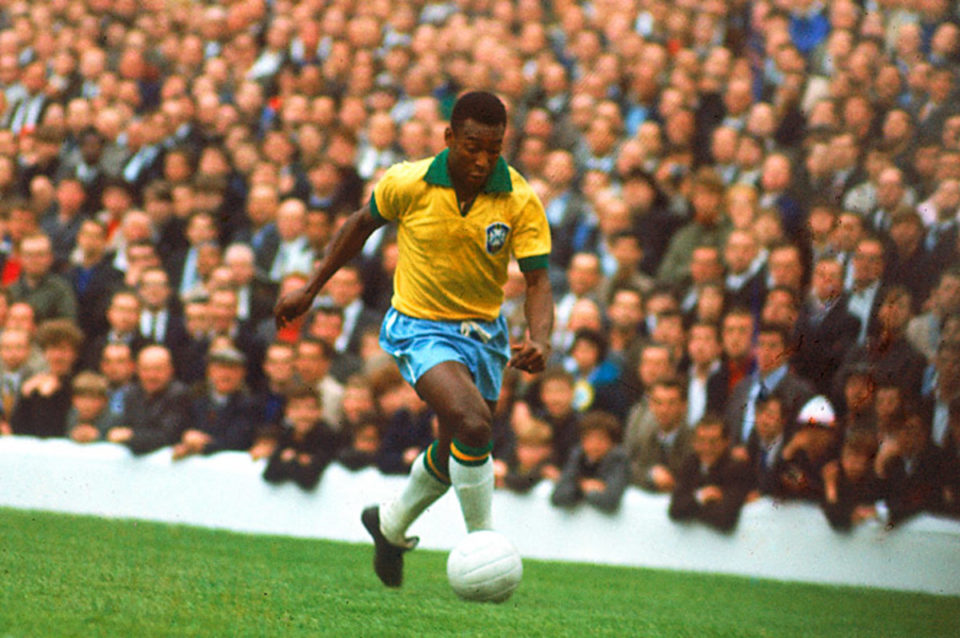 Before we begin, we’ve qualified the list to include the modern-day attacking players Lionel Messi and Ronaldo even though they don’t fit the mold of a traditional front line striker.

That being said, here are the best 11 strikers of all-time.

While more of an attacking midfielder, Maradona still makes the list for making his name as an exquisite finisher.

The Argentine talisman played 490 games over his career, notching 259 goals. He single-handedly won took Argentina to the World Cup finals in 1986, where the South Americans beat West Germany 3-2.

One of the few players to have scored over 1000 goals in their career, Brazilian Romaro presented a rare combination of quickness, power, and finishing ability.

Romario joined Johan Cruyff’s “Dream Team” at Barcelona 1993, finishing his tenure with 65 goals in 39 games with a La Liga championship to boot.

A prolific goalscorer, the Dutch striker Marco Van Basten dominated Dutch, Italian, and world football in the 1980s. Winner of two consecutive Ballon d’Or in 1988 and 1989 (he’d win another 1992) with his club side AC Milan, Van Basten’s trophy case also includes a Cup Winners’ Cup and European Golden Boot at Ajax, three Serie A titles and two European Cups with AC Milan and a European Championship with Holland in 1988.

His honors include eight First Division titles, five yet unrepeatable European Cups, and a Copa Del Rey. He kickstarted the elite club that Real Madrid is today. Said Diego Maradona on the Real Madrid legend:

The German striker Gerd Muller was a finishing machine. He scored a whopping 711 goals for club and country. 365 of those strikes came from 427 Bundesliga matches, where he led the Bavarian giants to four league titles.

Müller also scored 68 goals in 62 games on the international stage, leading West Germany to lift the World Cup trophy in 1974.

Before leaving for Real Madrid in 1958, he had already bagged 352 goals in 341 games in the Hungarian domestic league.

His 84 goals for Hungary put him the third of all-time, behind Ronaldo.

Eusebio, known as the “Black Panther” remains Benfica’s all-time top goalscorer with 638 goals in 614 competitions. His goal per game ratio is better than Messi, Pele, and Ronaldo.

Often regarded as the best footballer every, Eusébio scored nine goals in the 1966 World Cup and advanced Portugal to 3rd place, the country’s best-ever result in the tournament.

Cristiano Ronaldo may not represent the traditional striker archetype, but as a forward player and winger, he fits the attacking mold of the modern game.

With over 700 goals in nearly 1000 appearances, CR7 oozes effort and class.

The Portuguese star seemed to win it all in 2008 at Manchester United, including the Treble (Champions League, the Premier League, an FA Cup) topping it off with his first of a record-tying five Ballon d’Or. But then he joined the La Liga giants Real Madrid to continue his scoring and trophy haul.

The Portuguese forward surpassed Raul, Real’s previous number seven, with 450 goals of his own on 438 appearances at Real Madrid, averaging over one per game. A four-time Champions League winner, a two-time Spanish league champ, the four-time Ballon d’Or winner as a member of Los Blancos, Ronaldo is one of the greatest to ever play the game.

While not your traditional striker, Lionel Messi is an attacking genius.

Messi, along with his counterpart, Cristiano Ronaldo, are modern-day goats.

Ronaldo Nazario, more commonly known as Ronaldo El Fenomeno, was an absolute freak of nature. With a rare combination of speed, power, and agility, he split through defenders to score countless goals.

With 98 caps and 62 goals for Brazil, the lethal striker steamrolled his way onto the international stage with two World Cup trophies, two Ballon d’Or wins, and winner of La Liga.

Hampered by multiple injuries throughout his career, Ronaldo was nonetheless able to bounce back to provide sublime finishing whenever he was on the pitch.