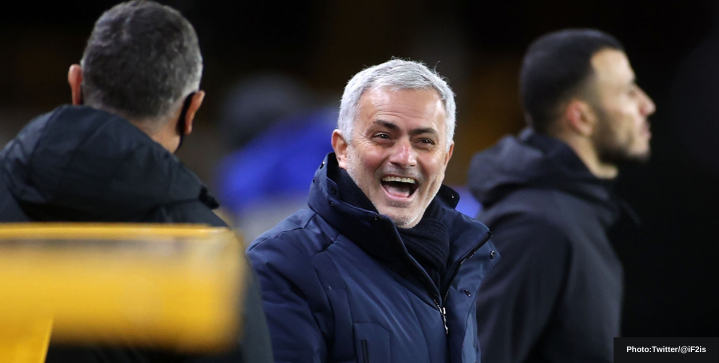 Jose Mourinho has been appointed as the new head coach of AS Roma starting from the 2021/22 season. He gets the job only two weeks after getting sacked from Tottenham.

The Portuguese, winner of two UEFA Champions Leagues and one UEFA Europa League title, will be replacing Paulo Fonseca who is leaving Roma after a disappointing season.

Roma lost 6-2 on aggregate to Machester United in the Europa League semi-finals. The Romans sit seventh in the Serie A Table, 14 points out of Champions League qualification.

Mourinho enjoyed a successful coaching stint during his first term in Italy. The ‘Special One’ led Inter Milan to five trophies, including the treble of the league, cup, and Champions League during the 2009-10 season.

Only Antonio Conte has secured more points (2.26) on average than José Mourinho (2.18) among managers in the Serie A during three points for a win era, according to Opta Paolo. The two managers will now face off against each other in fiery battles next season.

“After meetings with the ownership, I immediately understood their ambitions for Roma. Together we want to build a winning project. The incredible passion of the fans convinced me to accept the job. I can’t wait to start next season. Daje Roma!,” Mourinho announced in his first official club statement.

Said AS Roma sports director Tiago Pinto: “We are firmly convinced that José Mourinho will be the perfect coach for our project, both in the short and long term. Together, with Dan and Ryan’s Friedkin vision and ambition, we will build the foundations for a new Roma.”

Will Mourinho succeed in Rome? Let us know on Facebook.