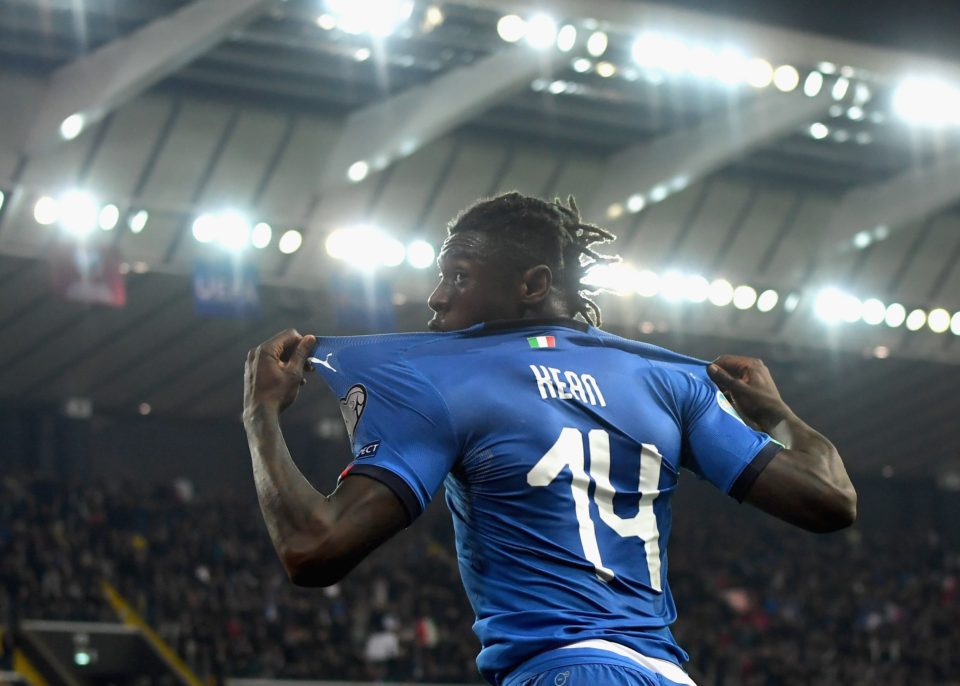 With seven goals in his last seven appearances for club and country, the 19-year-old Italian footballer Moise Keane is on a tear.

His strike against Inter Milan over the weekend was clinical — gathering a run on pass from teammate Miralem Pjanic, he hit the ball with accuracy and venom.

Kean made his first start for the Italian national side last month against Finland. He bagged a goal in the match too, becoming the second youngest player to score in the history of Italian football. He’s also the first player born this millennium to start in the Serie A and appear in Champions League — he made his first appearance at 16 years old.

Former Italian international and Juventus star Andrea Pirlo is already singing the youngster’s praises: “it’s right that we call up Kean, given his performance in Udine. He hasn’t wasted the confidence placed in him and when he plays, he often scores goals. He offers a lot.”

Kean started playing for the Bianconeri at ten years old. His mother Isabelle joined him in Turin for what she claims has been a growing up opportunity for her son. “At Juventus, they welcomed him as a child and turned him into a man. They made him study and train. They raised him. Not only on the field, but also off it. They were his father.”

Moise Kean's mother (Isabelle) "We had little money. Then one day Moise calls me on my way to work at 5:30 AM & says: Mom, I've a surprise. I told him: No, don't tell me you didn't sign with Juve. He replied: I did & starting today you will quit your job & live with me in Turin." pic.twitter.com/9AVa4N7X2i

Kean’s meteoric rise comes with unfortunate attention. He suffered racist abuse against club side Cagliari last week after he scored Juve’s second goal. The league plans to look into and punish the culprits.

Moise Kean is a special player with Ronaldo-like aspirations. Thankfully, he can learn from his Portuguese teammate the ins and out of what it takes to be consistently great.