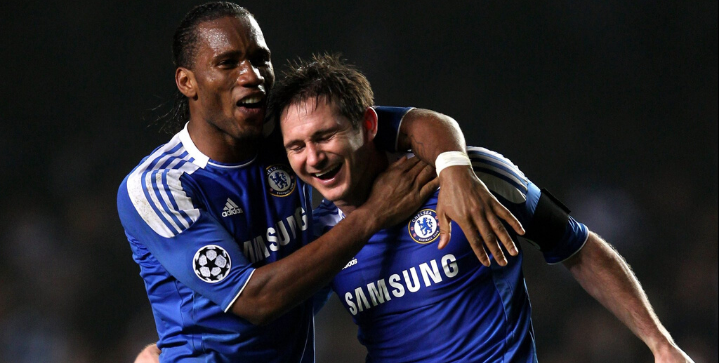 Big-time players step up in crucial moments to become legends — it’s what separates them from the bygones. From Steven Gerrard to Sergio Ramos, here are some of the most clutch footballers of all-time.

Steven Gerrard was at his best when his best was needed. Case and point, the 2005 Champions League final where he sparked the amazing comeback to beat AC Milan 4-3. Gerrard scored the equalizer to push the game into extra time with the Reds winning the Istanbul Miracle on penalties.

Love him or hate him for his controversial tackles, Sergio Ramos has been a remarkably consistent defender at the top level for 14 years while also scoring important goals. His equalizer in the 93rd minute against Atletico Madrid in the 2014 Champions League finals led to the team’s ultimate 4-1 victory in extra time. He also scored a brace against Napoli in the second leg of the Round of sixteen to see Los Blancos advance to the quarterfinals. Real Madrid won its second straight Champions League trophy that year.

The Norwegian striker played 366 games for United, scoring 126 goals in his 5 years with the club. Nicknamed both the “Baby Faced Assassin” and “Super-sub,” Ole Gunnar Solskjaer scored the winning goal in the 1999 Champions League final against Bayern Munich which helped the Red Devils secure the Treble. How is that for clutch?

Perhaps no one player exemplifies Spain’s style of play, ’tiki-taka’, more elegantly than Andres Iniesta. The Barcelona man famously scored the winning goal for Spain to seal the 2010 World Cup against Holland, the country’s first World Cup trophy ever.

If offense wins games, defense wins championships. This is no truer than for Franco Baresi. The Italian defender played two decades with AC Milan where he served as captain for 15 of them and earned 719 outings total. By the end of his career, he won the Scudetto six times and along with three European Cups.

Perhaps no one embodies the spirit of clutch more than the man who played more than 1,000 for club and country. The dignified goalkeeper won nine Serie A titles, a Serie B title with Juventus in forced relegation, five Coppa Italia titles, and UEFA Europa League Cup. He set a league-best 21 clean sheets in the 2011-12 season and holds the record for clean sheets in Serie A.

The Algerian winger Riyad Mahrez played a critical role in one of the most improbable Premier League titles of all-time with Leicester City. He scored a remarkable seven game-winning goals on the way to the EPL trophy.

How do you win the hearts of fans for life? You score the game-winner that earns your club a major title. In Aguero’s first year with City, he famously scored the game-winning goal in the 94th minute to beat Queens Park Rangers and win the Premier League over Manchester United.

The Frenchman Zinedine Zidane signed for Real Madrid in 2001 as the club’s second Galáctico for a world record transfer of 77.5 Euros and had an immediate impact, scoring a hallmark volley with his left foot in the Champions League final against Bayer Leverkusen. He won La Liga the following year, along with his Ballon d’Or. His two goals against Brazil in the 1998 World Cup finals also brought France it’s first World Cup trophy.

One of David Beckham’s best and most important goals came on his old stomping grounds at Old Trafford. With England down 2-1 to Greece, the Three Lions needed a dose of magic. So what better than the bend it aficionado himself to seal the tie with a beauty of a kick to send England to the 2002 World Cup. He also scored the winning goal against Argentina in the 2002 FIFA World Cup to progress England into the second round. Uber clutch.