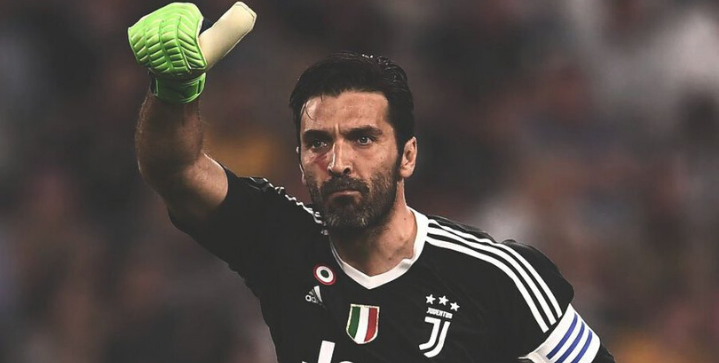 The most successful skippers know how to lead by example make their teammates better. Perhaps no one illustrates this archetype more than Paolo Maldini. With that being said, here the eleven best Serie A captains to ever play the game.

The legendary defender Paolo Maldini spent his entire 25-year career with AC Milan. The five-time Champions League winner captained the side 419 times, leading the team to 7 league championships, 5 Italian Supercups, a National Cup, 5 European Supercups, and 2 Intercontinental cups, along with a 2nd place finish at the World Cup with the Italian side. Praised for his longevity and professionalism, Maldini rejoined the team in 2018 as Sporting Strategy & Development Director.

Known as the ‘The Golden Boy’ or Gladiator, or simply the Captain which he became at 22 years old and held for 20 years, Francesco Totti grew up in Rome destined to play for the Giallorossi side. The one club man, he played a remarkable 786 games for Roma, spanning 25 years that saw him win the Serie A title, two Italian cups, and two Supercoppa titles. His 250 goals place him as second in Serie A history.

The Italian defender Franco Baresi played two decades with AC Milan where he served as captain for 15 of them and earned 719 outings total. By the end of his career, he won the Scudetto six times and along with three European Cups.

Argentine defender Javier Zanetti made a whopping 858 appearances for the Inter Milan side, captaining Internazionale for 13 of his 19 seasons. He’s the most capped player ever for Inter Milan and retains the record for most appearances in Champions League history as a team captain. A workhorse who’d rather lead by example than dazzle, Zanetti was instrumental in Inter’s bucket of trophies including a Champion League, a UEFA Cup, five league titles, 4 Copa Italia victories, 4 Super Copa trophies, and a Club World Cup.

The Argentine striker captained the Napoli side for the majority of his seven-year tenure at the club. Above all, he led to the team’s first-ever Serie A title in 1986/87 along with the League Cup. He also won the UEFA Cup and Supercoppa Italian as the skipper.

Perhaps no one embodies the Juventus spirit more than Gianluigi Buffon, who made over 500 appearances in the Black and White kit. The dignified goalkeeper and former captain won nine Serie A titles, a Serie B title with Juventus in forced relegation, five Coppa Italia titles, and UEFA Europa League Cup. He set a league-best 21 clean sheets in the 2011-12 season and holds the record for clean sheets in Serie A.

The former captain, AC Milan midfielder played 19-years with the red and blacks. Nicknamed the Golden Boy, he helped Milan win a pair of European Cups along with 3 Italian league titles, 4 Italian Cups, 2 Cup Winners’ Cups. He was awarded the Ballon d’Or in 1969.

The Argentinian striker Gabriel Batistuta played the entire decade at Fiorentina, netting 207 goals in 333 games. An outstanding all-around footballer with devastating finishing skills, he also played an important role as team captain. He won Coppa Italia, Serie B, and the Supercoppa Italiana during this reign with the club.

Considered one of the best Italian players of all time, Roberto Baggio captained the Juventus side during his five years with the club. His leadership honors include one Seria A title, one Italian Cup, and a 1992/93 UEFA Cup. The prolific scored nailed 115 goals in 200 games with the club.