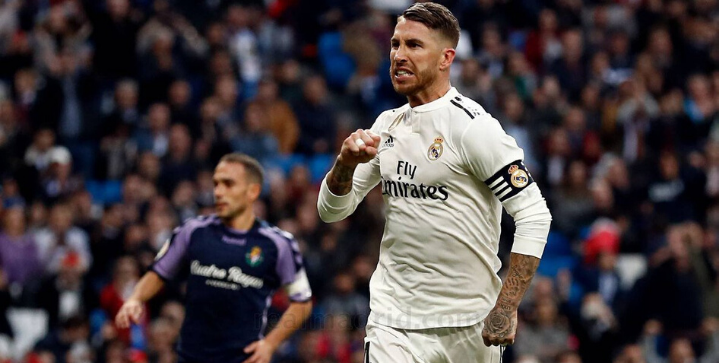 An inspiring leader and hard worker at right-back, Carles Puyol captained the Barca side for a decade, winning six La Liga titles and 3 Champions League trophies.  On a team of superstars, he may not have been the flashiest player but he was the most committed, spreading a contagious winning attitude.

The Spanish goalkeeper Iker Casillas spent eight of 16 years as captain of Real Madrid where he solidified into a  dependable and consistent shot blocker between the posts. He made a total of 725 appearances with Real Madrid where he garnered heaps of silverware including five Spanish League championships, four Spanish Super Cups, two Copa Del Rey’s and two UEFA Super Cups.

Serving as team captain for seven years, the legend Raúl played a long and successful spell at Real Madrid where he started at the age of 15. He finished his 16-year career with Los Blancos scoring 323 goals while earning 3 Champions Leagues and 6 La Liga titles.

Andrés Iniesta wore the captain’s armband for his last three seasons at Barcelona, most notably leading the side that won its second treble in 2015. His whopping 33 trophies over 16 years in the first team include 9 La Liga titles and 4 Champions League. He received runner-up to teammate Lionel Messi in the 2010 Ballon d’Or.

Captain of Barcelona from 1997 to his retirement in 2001, Pep Guardiola led the team to two La Liga title as a supreme defensive midfielder. He also played an important role in Johan Cruyff’s Dream Team of the early 1990s, winning the European Cup in 1991 and finishing his playing career with six La Liga titles. His creative vision and sharp passing abilities were a precursor to Xavi and Iniesta that followed in his footsteps.

One of the greatest footballers of all time, Johan Cruyff moved to Barcelona in 1973 for a then record transfer fee of US $2million. The speedy Dutch forward helped Barcelona win its first league triumph since 1960. The Barcelona captain also won the Copa Del Rey in the 1977/78 season. Cruyff appeared in 148 games at Barcelona, totaling 48 goals and went on to influence the modern game with his philosophy on the architecture and space on the field.

Lionel Messi emerged as Barcelona’s primary captain after the retirement of Andrés Iniesta after the 2017/18 season. Thus far this season, he’s won the Supercopa de España, his 33rd title with the Catalan giants. We suspect there will be more team hardware to come under Messi’s reign as skipper.

A member of the Atleti side since 2010, center back Diego Godin has developed into one of the best defenders in the world. The Uruguayan has earned 357 caps with the club, scoring 23 times, and helping the squad win La Liga as tri-captain of the squad in 2014, a Spanish Cup in 2013 and the Europa League twice in 2012 and 2018. He’s finished runner-up in the Champions League twice.

The so-called “Storm Of The Cantabrian” as he was known to many Real Madrid fans, Francisco Gento was an absolute handful for defenses. He scored 178 goals in over six hundred appearances and played the role of captain for a decade. His honors include an astonishing twelve La Liga titles, six European Cups, and two Copa del Rey.