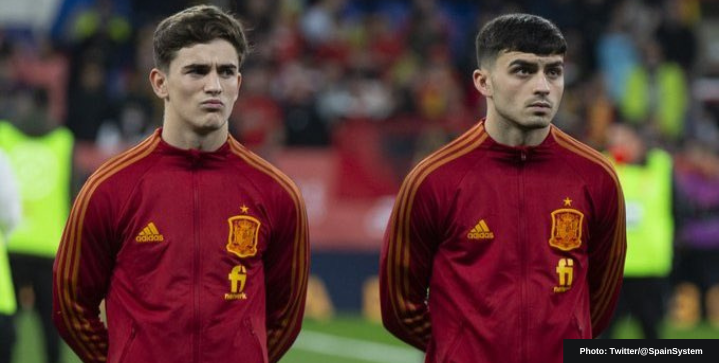 As the world prepares to descend on Qatar for the 2022 FIFA World Cup, many young players will be looking to make a name for themselves on the grandest stage.

Here are 10 of the best young players under 23 years of age to keep an eye on during the tournament.

At just 22 years old, Vinicius Junior has already established himself as one of the most talented young players in the world. Blessed with lightning pace and superb technical ability, the Brazilian winger scored the winner in Real Madrid’s latest 2022 Champions League triumph against Liverpool.

The potential future Ballon d’Or winner already has six goals and three assists in 14 matches for Real Madrid this season. Vini has already represented the Selecao 16 times and scored once — be prepared for the speedster to add to his tally.

At 18 days and 301 days old during the 2019 season, the Brazilian wonderkid Rodrygo became the second youngster to score a Champions League hat trick. Now 21, the Brazilian winger has quickly become one of Real Madrid’s key players, helping the club lift the Champions League trophy last season after scoring that all-important equalizer to force extra-time with Chelsea in the quarter-final second leg.

A pacey and skillful winger who loves to take on defenders, Rodrygo expects to add to his appearance and goal tally for Brazil this World Cup.

At just 18 years old, Gavi is the youngest player ever to be called up for the World Cup by Spain, beating a record held by Cesc Fabregas. The 2022 Kopa Trophy and Golden Boy Award winner is already a starter on Xavi’s Barcelona and comes with loads of potential.

Gavi’s constant pressing and dribbling skills in the midfield will be crucial for Spain as they look to make a deep run in the tournament. On Dec 6, 2022, Spain’s starlet became the youngest player (18 years and 123 days) to start a knockout game at the men’s World Cup since Pelé in the 1958 World Cup final.

The list of young players that England should watch out for at the World Cup 2022 is extensive. However, there might be one name that stands out above the rest. Jude Bellingham is one of those players.

The midfielder has already made a name for himself with his performances at Borussia Dortmund. He contributed 28 G/A and scored in the Champions League quarter-finals during the 21/22 season. He’s the club captain today. At just 19 years old, Bellingham has shown maturity beyond his years and has the potential to be a key player for England at the World Cup in 2022.

“That mentality to perform, obviously he’s been captain in quite a few of the games as well, he’s going to be a huge player for England,” said England legend Wayne Rooney.

The 19-year-old Bayern Munich star Jamal Musiala is one of the most promising young talents in the World. The wunderkind has already scored or assisted 22 goals in all competitions this season. He’s also the youngest player to make 100 appearances for Bayern Munich.

“This is magic, this is Messi-like. This man must never leave Bayern. He enchants us all – he entertains us, it’s like Hollywood. For me Musiala always has to play. His value? A quarter of a billion, I’d say. But he’s not for sale anyway,” said Germany and Bayern legend Lothar Matthäus.

Pedri joins fellow teenager Gavi as two of the finest Spanish talents today. The 19-year-old Pedri already made his name at the 2020 Euros, where he won the best young player of the tournament.

The creative midfielder can pick a pass and he is already being compared to some of the great Spanish midfielders of the past, Xavi and Iniesta.

“The team we have in Spain is young. We want to do a great job at the World Cup. I think many would think that having a very young team is a negative thing, but no, it’s an aspect that is in our favor because of the desire we have,” said Pedri ahead of the World Cup Qatar.

22-year-old defensive midfielder Aurelien Tchouameni was named in Didier Deschamps’ squad for the 2022 World Cup. Real Madrid’s Casemiro replacement, Tchouameni, is just as physical, with good vision and strong technical skills. Time will tell if he’s the future of the French midfield.