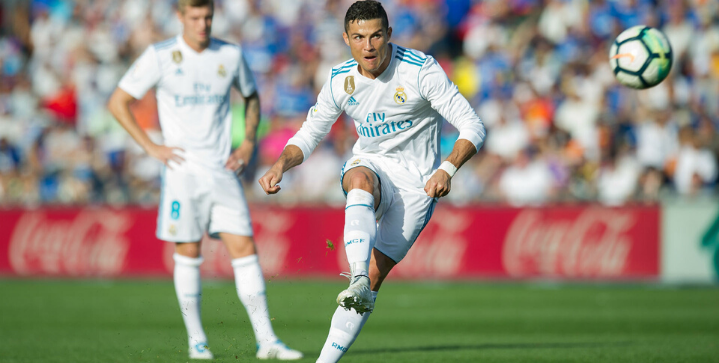 Wingers: they cut inside and outside, hug the touchline and then make the all-important cross for an assist. More recently, some wingers have morphed into the world’s most lethal scorers.

Let’s take a look at the best wingers to ever play the position.

Celebrated for his lengthy one-club career at Manchester United, the 90s version of Ryan Giggs was remarkable down the wing.

Arguably England’s greatest ever winger for his dribbling wizardry, Stanley Matthews of Blackpool was the first recipient of the coveted European Ballon d’Or in 1956. He won one FA Cup with Blackpool and two League Division II titles with Stoke City.

A free-kick specialist and dribbling sensation who juked defenders with the flip flap, Brazilian winger Roberto Rivellino was renowned as one of the best wingers during the 70s.

Often considered one of the best ever to play the game, the gifted Brazilian dribbler known quite simply as Ronaldinho scored 70 goals for Barcelona over five seasons. He remains the only player other than Maradona to have received a round of applause from Real Madrid at the Santiago Bernabéu.

After winning the Copa América in 1999, he joined forces with Ronaldo and Rivaldo to repeat their success of the ‘jogo bonito’ in the 2002 World Cup.

Despite his conversions as a No.9 at Juventus and his national team, Ronaldo evolved from the winger role at Manchester United and Real Madrid.

Setting a record fee of 80 million pounds upon his transfer from Manchester United, the Portuguese star made a monumental impact on Los Blancos over nine years.

Ronaldo surpassed Raul, the previous number seven, with 450 goals on 438 appearances, averaging over one per game. A four-time Champions League winner, a two-time Spanish league champion, the five-time Ballon d’Or winner is one of the greatest ever to play the game.

Ronaldo is still one of the most dangerous attackers in the world, whether you play him centrally or on the wing.

The Best Right Wingers of All-Time