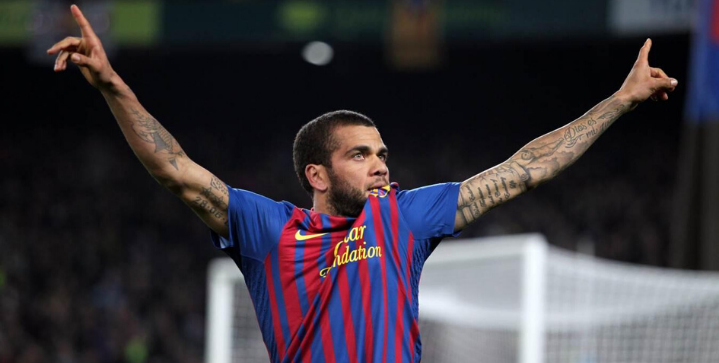 While the Brazilians might rule the list for some of the best right-backs of all-time, let’s take a look at some of the other greats.

Here are the top 10 best right-backs of all-time.

Sir Alex Ferguson once described him as “the best English Right-Back of his generation”.

Born in Milan, Giuseppe Bergomi dedicated his entire career to Internazionale where he started training at the age of 16.

The right-back, who also played center-back, was a true master defender. He helped Inter to one league title and three UEFA Cup trophies. He also helped fortify Italy’s backline in the country’s 1982 victorious World Cup run.

Both a left and right back (yes, he was that good), the ever-versatile Philipp Lahm made over 100 appearances for the German national team where the defenseman captained the side in the 2010 World Cup before winning the 2014 World Cup in Brazil.

He retired from international outings after the World Cup but went on to finish his 17-year career at Bayern Munich where he captained the side to its first Treble in 2012 including Champions League. In total, he won the league 8 times and the DFB Pokal 6 times.

A World Cup 1994 winner, legendary Brazilian right-back Jorginho was one of the best fullbacks of his generation.

A footballing genius, Jorginho was known for his attacks from deep. After departing Flamengo, he enjoyed six seasons in Germany with Bayer Leverkusen and Bayern Munich, respectively.

One of the most superb right-backs in Europe, Gianluca Zambrotta helped spearhead Italy to victory at the 2006 World Cup.

Excellent going forward and rock-solid in defense, Zambrotta also starred in the right-back position for Juventus, Barcelona, and AC Milan.

Argentine defender Javier Zanetti made a whopping 858 appearances for the Inter Milan side, captaining Internazionale for 13 of his 19 seasons.

He’s the most capped player ever for Inter Milan and retains the record for most appearances in Champions League history as a team captain.

A workhorse who’d rather lead by example than dazzle, Zanetti was instrumental in Inter’s bucket of trophies including a Champion League, a UEFA Cup, five league titles, four Copa Italia victories, four Super Copa trophies, and a Club World Cup.

Recognized for his speed on and off the ball, Lilian Thuram appeared in 204 matches with Juventus.

The versatile French defender won the Serie A in his first season, and two more during his five-year career in Turin.

A 2006 Spanish Cup Winner with Barcelona, he is perhaps best known for helping France to its first World Cup win in 1998 along with a UEFA European Championship in 2000 and FIFA Confederations Cup in 2003.

Considered to be one of the best right-backs of all time, Brazilian defender Dani Alves won 24 different trophies in his eight years at Nou Camp, including the treble in his first season.

He also won Serie A once and Ligue 1 twice during his time at Juventus and PSG, respectively. In fact, Alves is the most decorated player in history. He’s won 42 trophies across his career with Bahia, Sevilla, Barcelona, Juventus, PSG, São Paulo and Brazil.

With 118 caps, the 38-year-old holds the third most-capped Brazilian all-time, leading them to a Copa América and two Confederation Cups. He’ll be looking to earn his fourth trophy with Brazil (his 43rd overall) by adding an Olympic Gold Medal to his trophy cabinet at Tokyo 2020.

Recognized as one of the best full-backs to play the game, Cafu guided Brazil to two World Cups titles (2002 as captain), two Copa América titles, and a solitary Confederations Cup.

With 142 appearances to the national side, no one will ever forget the sight of Cafu making one of his trademark runs down the right flank threatening the opposition with one of his deadly crosses.

Cafu also won it all in his time in Serie A with giants AS Roma and AC Milan, bringing in two domestic titles and the 2006/07 Champions League.