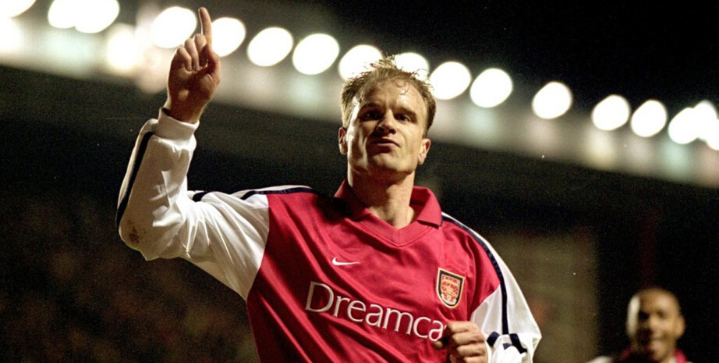 It comes as no surprise that one of the best football leagues in the world also has also featured some of the world’s best strikers. From Eric Cantona to Thierry Henry, these are best eleven forward to play in the Premier League era.

The King of Arsenal, Thierry Henry remains Arsenal’s all-time scorer with 228 goals in all competitions. Gaining the reputation as one of Europe’s most feared strikers, Henry became the Premier League’s top goal-scorer in 4 different seasons, notching a prolific 32 goals and 23 assists in the 2002-03 season. With the ability to score anywhere on the pitch, he elevated his game in the 2003-04 season, scoring 39 goals in the Gunners unbeaten top-flight league season. Considered the greatest Gunner of all-time, Henry won two league titles, three FA Cups, four Golden Boots, and five Player of the Year awards throughout his career.

After making an illustrious hat-trick to start his Man United career against Fenerbahce in the Champions League 2004, Wayne Rooney went on to become United’s all-team leading scorer with 253 goals. He won 16 trophies at Old Trafford, including five Premiership titles, the FA Cup, and the Champions League title in 2008. As an Evertonian, he scored his first Premier League goal at the age of sixteen against Arsenal.

Luis Suárez had a slow start to his Premiership career, only netting 11 league goals in his first full season with the Reds. However, the striker came to be an incredible force up top the following two seasons where he scored a combined 54 league goals. The Uruguayan won the 2013-14 PFA Player of the Year award. He was also mired in controversy for his racist taunts against Patrice Evra in 2011 and for his second biting incident against Chelsea’s Ivanovic in a 2012 Premier League match.

Considered one of the best players to don the sky blue shirt, Sergio Aguero is the team’s record goalscorer with 146 Premiership goals. In his first year with the side, he famously scored the game-winning goal in the 94th minute to beat Queens Park Rangers and win the Premier League over Manchester United. With three Premier League titles and three League Cups under his belt, Aguero looks to add more his trophy vault under coach Pep Guardiola.

A prolific goal-scorer, Ian Wright spent seven years with the Gunners where he notched 185 goals and won five trophies. He remains second on Arsenal’s all-time scoring list behind the one and only, Thierry Henry. Wright’s antics both on and off the field also made him a cult favorite among fans.

The Dutch striker Ruud van Nistelrooy seemed to rain goals for Manchester United during his time in the Premiership, scoring a whopping 150 goals in 219 fixtures. He led the Red Devils in goals from 2002 – 2005, along the way winning the Premier League and an FA Cup. He also finished as the Champions League top scorer three times. The prolific scoring Dutchman also bagged 64 goals in his 96 caps with Real Madrid. He was the team’s top scorer in the 2006-07 season. A two-time La Liga champion, he, unfortunately, suffered injuries in the latter half of his tenure for the club.

The English center-forward played for numerous teams in the 1990s including Arsenal and Newcastle but experienced the most success with the Manchester United side. He peaked in form as the replacement for a retiring Eric Cantona and then flourished in a partnership with Dwight Yorke in the 1998-99 season, helping the Red Devils to the historic Treble. By the end of his career, Cole took home a Champions League, five Premier League trophies, and two FA Cups.