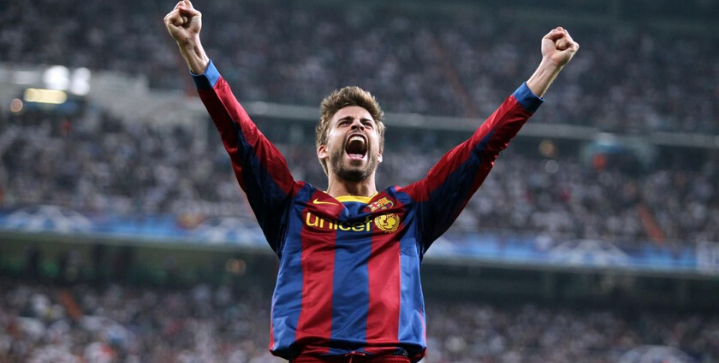 From Cesc Fabregas, Luis Suarez, to the most recent transfer of Philippe Coutinho, Barcelona is a popular destination for some Premier League stars.

Here we highlight the top eleven players to have transferred from the Premiership to the Catalan giants in La Liga.

A graduate of Barcelona’s youth academy La Masia, Cesc Fabregas returned to Barcelona from Arsenal to play first-team football in 2011. During his 3-year tenure at Nou Camp, he helped the team win La Liga, a Spanish Cup, and two Spanish Super Cups.

If you thought Luis Suarez excelled at Liverpool, he’s been on an absolute tear at Barcelona. The hard-working and physical attacker has scored 113 goals in 137 La Liga appearances. On top of his prolific goal-scoring record, he’s won a Champions League, three La Liga titles, and is a three-time Spanish Cup winner with Barcelona. His other trophies include a Copa America win with Uruguay where he was named the player of the tournament.

The Brazilian midfielder Philippe Coutinho moved to Camp Nou from Liverpool in the January 2018 transfer window for a £105m transfer. Prized for his technique and pace, the attacking player has already scored 14 goals in 35 appearances with the club.

The Argentinian defensive midfielder played eight seasons with Barcelona after transferring from Premier League side Liverpool in 2010 for €24 million. His honors include double Trebles of Champions League, La Liga, Copa Del Rey during the 2010/11 and 2014/15 seasons. He also helped the Blaugrana collect three additional La Liga titles and Spanish League Cups.

Once the most expensive Dutch players of all time with his ₤25 million transfer from Arsenal, the speedy Dutch winger played four seasons with Barcelona where he made 97 domestic appearances and scored 15 goals.

Barcelona snatched Gerard Pique from Manchester United in Mary 2008 for a £5 million fee. He’d play against the Red Devils in the Champions League final in 2009, the same year Barcelona won the treble. With a swathe of silverware, Pique now has earned 456 caps and has won the Treble of Champions League, Spanish Cup, and La Liga twice.

Signing from Arsenal in 2007, the French striker Thierry Henry played an important role in the side that won the historic Treble during the 2008/09 season. He scored 49 goals in 121 appearances for the Catalan side.

French midfielder Emmanuel Petit joined Barcelona from Arsenal for a year before returning back to the Premier League. Hampered by injuries, the midfielder played 38 games and scored once.

The former Chelsea forward signed with Barcelona for an £8 million transfer in 2006. His four-year stint at Barcelona includes the historic Treble in the 2008/09 season.

Hampered by nagging injuries to start his Barcelona career, the former Arsenal man has since returned to form making over 40 appearances from the Catalan side. During his tenure, Barcelona has won three La Liga, two Copa Del Rey, and a Champions League trophy.

After a two-year stint at Arsenal, Giovanni van Bronckhorst moved over to Barcelona in 2003 on loan. His strong performances at left-back led to a permanent deal with a fee worth €2 million. His honors at Barcelona include the 2044/05 Champions League trophy and two domestic league titles.