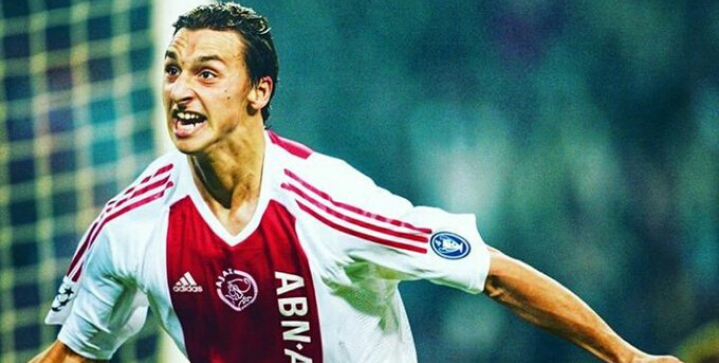 With shared football philosophies, coaches, and predominance in their league and the world stage, it’s no shock that the two teams Barcelona and Ajax have traded players amongst each other. These are the best players to suit up for both squads.

Donning the Ajax kit for 124 appearances over a 4-year spell with the club, Johan Neeskens was a box-to-box midfielder that helped usher in the total football that epitomized the Ajax side that won the three Championships between 1971 to 1973. Following in the footsteps of fellow countryman Johan Cruyff, he joined the Barcelona side in 1974 where he won a Copa del Rey with the club in 1978 followed by a Cup Winners Cup in 1979.

The Dutch striker made his first start at the age of 18 for Ajax in 1994. He scored 52 goals over 100 games with the club, helping the team win the Dutch League twice and Champions League in the 1994/95 season where he famously bagged the game-winning goal in the 85th minute against AC Milan. He also made 257 appearances with the Barcelona side over six years, scoring 122 times. Tall and physical, the pacy and technical player helped Barcelona win La Liga with coach Louis van Goal whom he played for at Ajax in the early 90s.

The defensive-midfielder Frank de Boer transferred to Barcelona in 1999 to join former Ajax coach Louis van Gaal after a decade with Ajax where he won five Eredivisie, two KNVB Cups, and the 1994–95 Champions League. However, he only won La Liga title with Barcelona in four seasons and 144 league matches at Nou Camp.

The versatile defensive midfielder spent 7.5 years with the club where he won five league titles and three KNVB Cups, Champions League and the Cup Winners’ Cup in 1987. The Amsterdam native adopted the intelligent tactics of his Dutch teammates and became a complete footballer following in the footsteps of Johan Cruyff. While he never played on the field for Barcelona, he nonetheless represented the Blaugrana as coach. During his managerial tenure at Nou Camp, he won two La Liga titles topped off with a Champions League trophy in 2005.

The Dutchman Edgar Davids played his first five professional years with Ajax where he won three Dutch league titles, two Cups, and a 1994/95 Champions League. He also enjoyed a short stint with the Barcelona side while on loan from Juventus. He made only 18 appearances with the club but as a comprehensive player, helped power the team to second place in La Liga.

Scorer of one of Ajax’s best solo goals in a match against NAC Breda, Zlatan Ibrahimović helped Ajax to two Eredivisie titles and one KNVB Cup. He also scored 48 goals in his 110 appearances with the club. His two-year stay at Barcelona soured due to his relationship with coach Pep Guardiola; nonetheless, he scored 22 goals in 46 matches and won the league in the 2009/10 season.

With 111 goals in 159 games, the indomitable Uruguayan striker Luis Suarez helped Ajax win the Eredivisie during the 2010/11 season along with KNVB Cup. He is fifth on the all-time Ajax scoring list. But his time at Barcelona is even more pronounced. The hard-working and physical attacker has scored 113 goals in 137 La Liga appearances. On top of his prolific goal-scoring record, he’s won a Champions League, three La Liga titles, and is a three-time Spanish Cup winner with Barcelona.

The Belgian defender Thomas Vermaelen enjoyed his early career with Ajax where he played six seasons and won a league title and two Cups. After five years at Arsenal, he transferred to Nou Camp where he’s been since 2014. Nagged by injuries and backing Gerard Piqué, he’s nonetheless earned a 2014/15 Champions League title along with three La Liga, two Copa del Rey, and a 2018 Supercopa de España.

The defender Michael Reiziger spent his first six years at Ajax, making his debut at 17. He played an instrumental role in the team’s Champions League title in the 1994/95 season. His honors also include two Eredivisie, a KNVB Cup, and a UEFA Super Cup. After a short stint at AC Milan, he headed to Nou Camp to reunite with former Ajax manager Louis van Gaal. Reiziger appeared in 249 games for the Blaugrana, becoming the most capped Dutchman to play for the Catalan side. Over a seven-year career, he helped the team win two La Liga titles, a Copa del Rey, and a UEFA Super Cup.

Frenkie de Jong is the latest addition to the list of the players who’ve played for both the Blaugrana and Ajax. The Dutch midfielder completed his switch to Camp Nou before the start of the 2019/20 season and thus far impressed, with the player targeting a treble in his inaugural season with the club. The 22-year-old already helped Ajax win both the Eredivisie and KNVB Cup last season, as well as finishing runner-up in the Europa League final the year before.

The most clutch football players of all-time