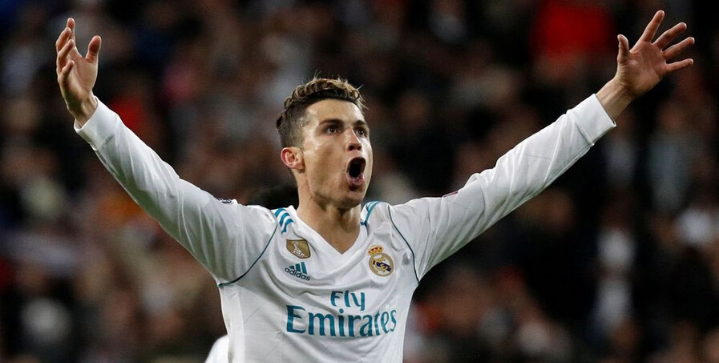 Is it Maradona or Messi, Ronaldo or Pele? In what is a hotly debated issue, here are the best players from each country as determined by their level of achievement at both the international and club level.

The 6-time Ballon d’Or winner has played 128 games for La Albiceleste and scored 65 times, a team record. After helping his side win the gold medal in the 2008 Beijing Olympics, Messi’s international career has experienced a mix of ups and downs. He led Argentina to a runner-up in World Cup 2014 and runner-up in Copa América three times: 2007, 2015, 2016. After losing the Copa América 2016, he briefly retired and then returned to play in the 2018 World Cup.

But it’s Lionel Messi’s club performance that puts him first on the list. Torching all opposition with his technique, spins, and speed, he’s recorded scored a remarkable 387 goals (most ever in La Liga) for the Catalan side, in addition to 150 assists. He’s also tied in a record-setting 5 Ballon d’Ors and led the stripes to 9 domestic league titles, 6 Copa Del Rey, and 4 champions league titles.

With infectious passion and lethal skill, Ronaldo is one of the greatest footballers ever to play the game. He’s also the most decorated, with 26 trophies including five Champions League titles and five Ballon d’Or awards. And while the World Cup trophy eludes him, he led his team as captain to Portugal’s first-ever major trophy in UEFA Euro 2016. He also leads Portugal with 154 caps and 85 goals.

With over 700 club goals in nearly 1000 appearances, CR7 oozes effort and class.

The Portuguese star seemed to win it all in 2008 at Manchester United, including the Treble (Champions League, the Premier League, an FA Cup) topping it off with his first of a record-tying five Ballon d’Or. But then he joined the La Liga giants Real Madrid to continue his scoring and trophy haul.

CR7 surpassed Raul, Real’s previous number seven, with 450 goals of his own on 438 appearances at Real Madrid, averaging over one per game. A four-time Champions League winner, a two-time Spanish league champ, the four-time Ballon d’Or winner as a member of Los Blancos, Ronaldo is one of the greatest to ever play the game.

The talisman, Zinedine Zidane sparkled in his five years in Turin winning the Scudetto in his first two years with the club. He earned the Ballon d’Or in 1998 following his historic World Cup for France and was named the Serie A Footballer of the year twice. Perhaps the greatest ever, he dazzled fans with his majestic play and legendary vision.

The footballer who ushered in the sweeper role for his dual dominance at both ends of the field, Franz Beckenbauer earned 103 caps for West Germany over twelve years. He played in 3 World Cups, leading the team to its 1974 victory, while also winning the 1972 European Championship. He also coached the German side to a World Cup in 1990.

At the club level, Beckenbauer twice earned European Player of the Year at Bayern Munich. He also captained the side to its first league victory in the 1968-69 season, finishing his career a four-time German Cup Winner and three-time Champions Club’s Winner. As coach of the Bavarians’, he won one more league title and the UEFA Cup. Along with Cristiano Ronaldo, Beckenbauer is the only footballer to win 2+ Golden Balls, 2+ Champions League and 2+ trophies with the national team.

With 106 caps, the Manchester United striker /attacking midfielder played in four World Cups for England tallying 49 goals. He won the 1966 World Cup on home territory with England, before retiring from international duties after the 1970 World Cup.

Winner of the Champions League four times in five years and runner-up in the 2018 World Cup, Luka Modric is on a tear. The classy midfielder won FIFA’s “Best Player” award and UEFA Men’s Player of the Year Award in 2018 and is on the shortlist for this year’s Ballon d’Or. A six-time Croatian Footballer of the Year, the 33-year old captain now has 115 caps with the national side.

The three-time Ballon d’Or winner Johan Cruyff never lost an international match in which he scored. His goal tally of 33 goals over 48 games, saw him lead the team in their ‘total football’ campaign to the final in 1974 to play West Germany where the Dutch lost. Cruyff’s tenure came to an end just before the 1978 World Cup, where after getting the team to qualify, he refused to play the World Cup in Argentina due to political reasons.

The enigmatic Swedish striker Zlatan Ibrahimović also played two years with AC Milan where he scored 56 goals in 85 games. His honors include a 2010/11 Serie A tite and 2011 Supercoppa Italiana.

Ibra also scored a handful of beautiful goals for Sweden in international play.

A replacement for the departing Fernando Torres, the Uruguayan striker Diego Forlan made an immediate impact in his first year at Atletico Madrid. In addition to being the league’s top scorer in the 2008-2009 season, he also scored the all-important goals in 2008 and 2009 that qualified Atleti for back to back Champions League appearances. He earned 196 caps with Atlético Madrid and netted 96 times, six of which he scored en route to the 2010 Europe League trophy.

One of the most celebrated American soccer players of all-time, Landon Donovan played 157 games for the USMNT making him the second most-capped in team history. He’s also the only American player to achieve both 50 assists and 50 goals for the side, tied with Clint Dempsey with the most-scored goals at 57.

At the club level, the pacey American forward played for both the San Jose Earthquakes and the LA Galaxy in his 13 years in the MLS. In his four years with the Earthquakes, he notched 32 goals and provided 29 assists, while also winning the 2001 and 2003 MLS championships. His tenure at Los Angeles Galaxy saw him score over 100 goals in 253 appearances, along with 4 MLS Cups.