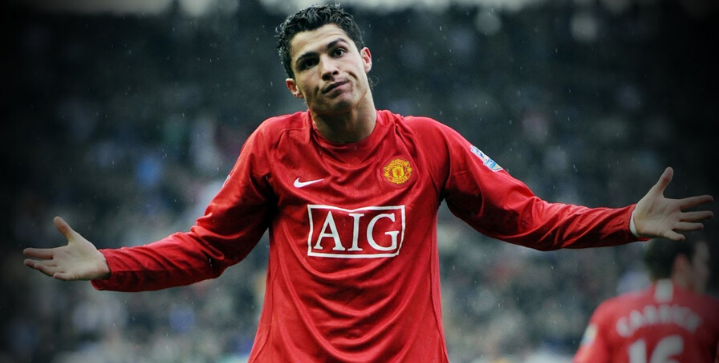 From George Best to Wayne Rooney, Manchester United has featured some of the best forwards ever to ever play the game. Here’s a list of our top 11 forwards to play for the Red Devils.

The French striker spent five years at Manchester United, helping the team win their first-ever Premier League era title in 1992. Winner of five Premiership titles and two League and FA Cup doubles, ‘The King’ of Old Trafford helped put back United on top as one of the best teams in world football. He finished with 64 team goals.

The English center-forward played for numerous teams in the 1990s including Arsenal and Newcastle but experienced the most success with the Manchester United side. He peaked in form as the replacement for a retiring Eric Cantona and then flourished in a partnership with Dwight Yorke in the 1998-99 season, helping the Red Devils to the historic Treble. By the end of his career, he scored 121 goals in 275 appearances and took home a Champions League, five Premier League trophies, and two FA Cups.

The Norwegian striker played 366 games for United, scoring 126 goals in his 5 years with the club. Nicknamed both the “Baby Faced Assassin” and “Super-sub,” Ole Gunnar Solskjaer scored the winning goal in the 1999 Champions League final against Bayern Munich which helped the Red Devils secure the Treble.

With 758 caps over a 17-year career with Manchester United, the prolific striker Bobby Charlton scored 249 goals and won three First Division titles along with an FA Cup and European Cup. The English legend also won the 1966 World Cup before retiring from international duties after the 1970 World Cup.

Known for the spectacular goal, Mark Hughes scored 119 goals in 345 appearances for the Red Devils. He enjoyed two legs at Manchester United, having left for Barcelona and then Bayern Munich before returning to the club in 1988 at the beginning of Fergie’s reign.

With 179 goals in 293 appearances for Manchester United, the speedy Dennis Viollet won two First Division titles with the Red Devils in back to back years, 1955-56 and 1956-57 respectively.

Known as “The King” to Manchester United, the 1964 Ballon d’Or winner Dennis Law appeared in 398 games and scored 237 times for the Red Devils. His relentless finishing helped the club achieve an FA Cup, two Football League Division titles, and the 1967-88 European Cup.