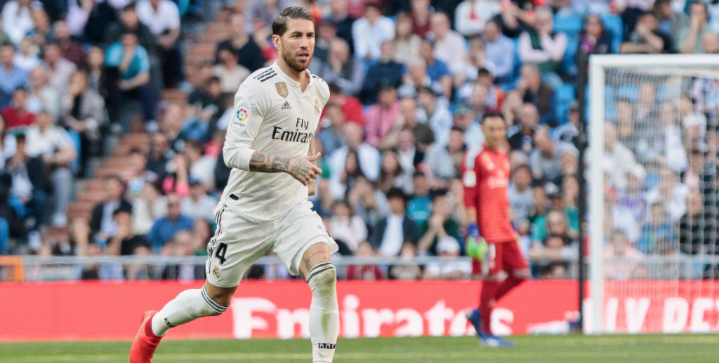 While La Liga has been known to host some of the world’s best-attacking talent — Ronaldo and Messi no less — the league has also been the home of many defensive greats.

The best defensive players are both reliable walls and offensive catalysts. Here we present some of the best defenders of all-time.

He’s also participated in three World Cups, winning Man of the Match for helping his side win its first major international trophy with a European Championship in 2016.

In 2011, the team united around Abidal who faced health issues related to a tumor in his liver. After a successful transplant, he returned to the squad in January 2013 before moving back to Monaco.

Certainly one of the most underrated defensive players of all-time, the 26-year old French defender Raphael Varane has earned 16 trophies — four of them Champions League silverware — during his nine-year spell with Real Madrid.

The ever-dependable World Cup-winning center back continues to play a key role in the side with head coach Zinedine Zidane refusing to sell him at all costs.

Signed in 1989 to play a part of Cruyff’s “Dream Team,” the defender scored an incredible 102 goals in his six seasons at Barca, most notably the set-piece goal that won the team’s first European Cup in 1992.

A member of the Atleti side since 2010, center back Diego Godin has developed into one of the best defenders in the world.

The Uruguayan has earned 357 caps with the club, scoring 23 times, and helping the squad win La Liga in 2014, a Spanish Cup in 2013 and the Europa League twice in 2012 and 2018. He also finished runner-up in the Champions League twice.

Not known for his pace, Gerard Piqué has nonetheless morphed into one of Barcelona’s most versatile defenders given his dependability in the air and sharp passing abilities. In his 456 caps in his nine years with the squad, he’s won the Treble of Champions League, Spanish Cup, and La Liga twice. He also played a critical role in helping Spain win the World Cup.

Known for his exquisite first touch, the Brazilian left-back Marcelo has spent the past 11 seasons at the Bernabeu.

With 125 appearances for the Seleção, defender Roberto Carlos also helped Brazil win the 2002 World Cup, a Confederations Cup, and a Copa America. The left-back was known for his powerful and bending free-kicks that were known to reach up to 105 mph, most notably the rocket he hit against France in a 1997 friendly match.

Love him or hate him for the dubious foul — he also holds La Liga record for most red cards — Ramos has earned the league’s best defenders six times. He’s been consistent at the top level for 14 years and scored some crucial goals along the way. He also played a critical role in helping Spain win the World Cup in 2010.

An inspiring leader with a diligent work ethic, right back Carles Puyol captained the Barca side for a decade where he won six La Liga titles and 3 Champions League trophies.

He may not have been the flashiest player on a team of superstars but he was certainly the most committed. His winning attitude was contagious — he also helped steer Spain to the World Cup in 2010.