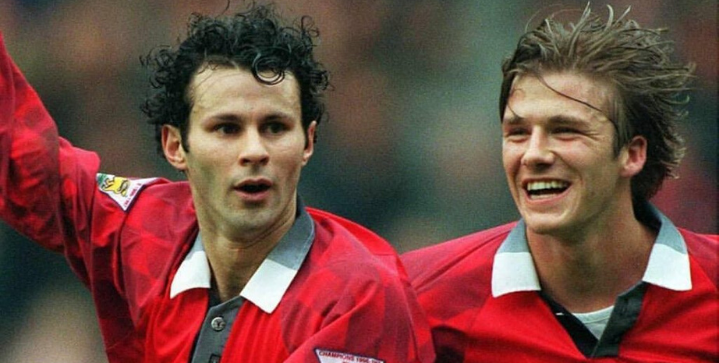 The 1990s saw the Premier League emerge as one of the best leagues in the world, with homegrown talent blooming but foreign players just beginning to come into the league and take over. Not surprisingly, players from the two dominant sides Manchester United and Arsenal appear on the list.

Considered to be one of the best Premiership goalscorers of all-time, Alan Shearer bagged 206 goals in the 405 games in his decade-long Newcastle career. But even before his Newcastle spell, he won Premiership player of the year in 94/95 for scoring 34 goals and leading the Blackburn Rovers to the Premier League championship.

Before “Brand Beckham”, David Beckham proved his worth on the football field with Manchester United. Appearing 394 times with the Red Devils, he scored 85 goals and notched 80 Premier League assists. Ranked the UEFA Best Player in Europe in 1999, he helped lead the team to six league titles, two FA Cups, and four English Super Cups. A lightning rod for his marketing antics off the field, he moved on to Real Madrid as a Galactico in 2003.

Celebrated for his lengthy one-club career at Manchester United, the 90s version of Ryan Giggs was remarkable. A dynamic midfielder, he was ultra-competitive and set high-standards both on the field and off. The most decorated footballer in Premiership history won the Premier League 13 times along with four FA Cups, three League Cups, and two Champions League titles. He’s also the holder of the most Premiership assists all-time with 271.

Roy Keane captained the Manchester United side for 8 years during Manchester United’s most successful period that saw the Red Devils win four Premier League titles, four FA Cups, and a Champions League trophy.  Praised for his leadership and grit, the Irishman was mired in controversy near the end of his career for openly criticizing his teammates.

With creativity and vision, Dennis Bergkamp came to define class during his 11 seasons at Arsenal. He scored 120 goals with the club, most notably the one-touch and subtle flick past the Leicester City goalkeeper in 1997, a game where he also scored one of the best first hat-tricks of all-time. Bergkamp recorded 94 assists during his time at Highbury, making him the Gunners top assist-provider to this day.

Once voted Chelsea’s greatest player ever in 2003, the Argentine striker flourished in his time at Chelsea. He made 229 appearances for the club over seven years, scoring 59 goals. Zola finished his career with 2 FA Cups, 2 English Super Cups, 1998’s English League Cup, and a UEFA Supercup victory in 99. He also played a key role in The Blues advancement to the quarter-finals in 1999-2000 Champions League.

Dubbed “the bargain of the century” by Sir Alex Ferguson, Peter Schmeichel signed to Manchester United from the Danish club Brondby in 1991 for £500,000. The ‘Great Dane’ powered the Manchester United side. With an imperious goal presence and quick reflexes, Schmeichel won a Champions League, five Premiership titles, three FA Cups, and a League Cup during his eight your spell with the Red Devils.

A prolific goal-scorer, Ian Wright spent 7 years with the Gunners where he notched 185 goals and won five trophies. He remains second on Arsenal’s all-time scoring list behind the one and only, Thierry Henry. Wright’s antics both on and off the field also made him a cult favorite among fans.

The English center-forward played for numerous teams in the 1990s including Arsenal and Newcastle but experienced the most success with the Manchester United side. He peaked in form as the replacement for a retiring Eric Cantona and then flourished in a partnership with Dwight Yorke in the 1998-99 season, helping the Red Devils to the historic Treble. By the end of his career, Cole took home a Champions League, five Premier League trophies, and two FA Cups.