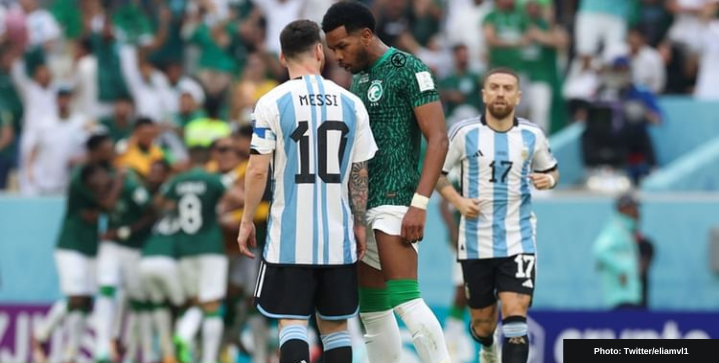 The 23-year-old Al-Hilal (Saudi Pro League) told the Argentine striker, “You will not win, you will not win!” after the Saudis scored their second goal.

But the men in green held on to one of the greatest World Cup upsets of all time, throwing everything they had to protect their lead, including some heroics from MVP goalkeeper Mohammed Al-Owais.

Lionel Messi responds with “no excuses”

Al Mowalad’s comments are sure to add more fuel to the fire, and it will be interesting to see how Messi responds when the Copa America champions take on Mexico this Saturday. After all, Argentina is still one of the favorites to win the tournament. Even Saudi Arabia boss coach Hervé Renard sees Argentina going on to win the tournament, “Argentina are going to advance out of the group stage and will be champions,” he told Olé.

“We knew that Saudi Arabia is a team with good players, that moves the ball well and that advances the line a lot. We work on it, but we speed up a bit,” said Messi post-game.

“There are no excuses. We are going to be more united than ever. This group is strong and they have shown it.

“It is a situation that we did not have to go through in a long time. Now we have to show that this is a real group.

“It’s a very hard blow for everyone, we didn’t expect to start like this. Things happen for a reason. We have to prepare for what’s coming, we have to win or win and it depends on us.

“We have to go back to the base of who we are. We have to think about what’s to come.”

Can Messi lead Argentina back from the brink of an embarrassing World Cup exit?