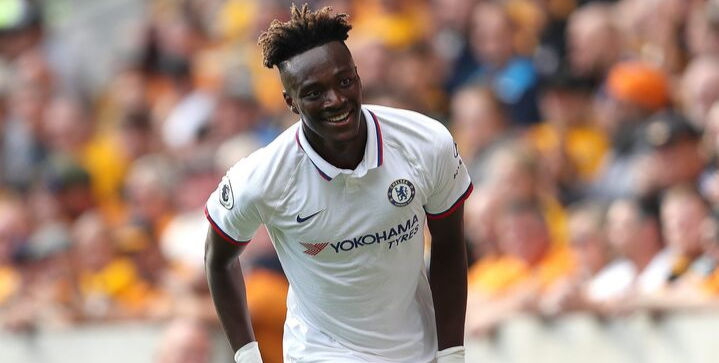 After a superb start to his Premier League campaign, Chelsea striker Tammy Abraham has been called up to join the Three Lions for the Euro 2020 qualifiers.

The 22-year-old celebrated his birthday yesterday by bagging his first Champions League goal in a 2-1 victory against Lille.

“He has everything to become one of the best strikers in the world,” said his teammate Willian.

Rio Ferdinand thinks Tammy Abraham reminds him of the Blues best-ever forward, Didier Drogba. “His hold-up play, coming to the ball, bringing others into play. There were some balls that came into him that were Didier Drogba-esque.”

This is not Abraham’s first call-up to the England squad.

He earned two caps for England against Germany and Brazil in 2017 friendlies. But he’s also eligible to play for Nigeria through his father.

His appearances for England against the Czech Republic or Bulgaria next week in the Euro qualifiers will confirm his future commitment to the England team to the disappointment of Super Eagles fans.

The Three Lions travel to Prague to take on the Czech Republic on October 11 before heading off to play Bulgaria on October 14.