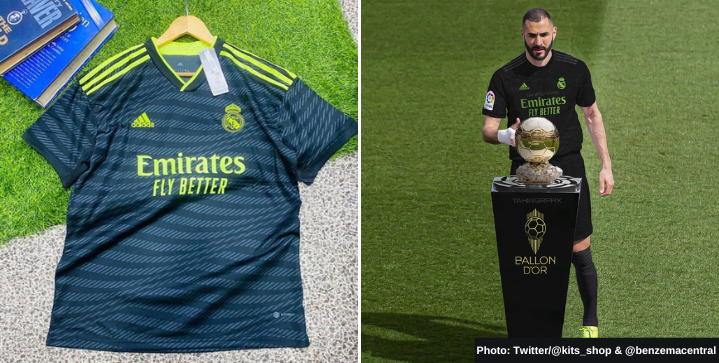 Get out your wallets, Real Madrid fans. The club has leaked its third kit for the upcoming 22/23 season, which features a hint of lime.

Real Madrid’s third kit for next season takes inspiration from the exterior of the new Bernabeu stadium. The predominant black colorway features a graphic design in grey/silver that mimics the modern design pattern circling outside the new stadium.

But standing out on the black kit are the trims of lime color on the V-shaped collar, Adidas stripes, club badge, and sponsorship logos. Of course, nothing can outdo these iconic Los Blancos shirts.

The club expects to release the alternative shirt later this month with the possibility of unveiling them tomorrow in the UEFA Super Cup against Eintracht Frankfurt.

Check out some of the most interesting 22/23 kit releases, starting with gold Venezia.

What’s your favorite kit release so far this summer? Let us know on Twitter.

What if Ronaldo left Man United for Galatasaray?