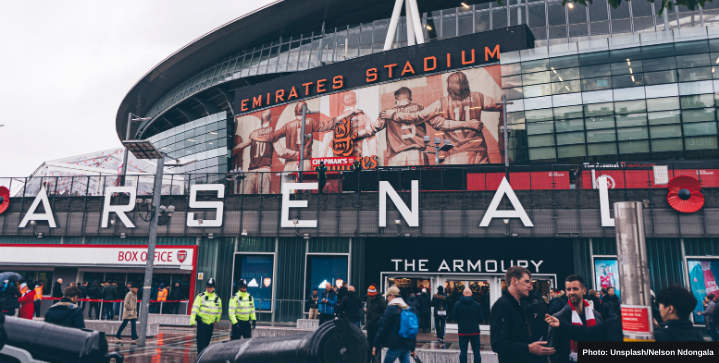 Thierry Henry, Dennis Bergkamp, and Patrick Vieira are said to be involved.

The Gunners legends will work alongside Ek to prepare a formal offer to the American businessman.

“Arsenal belongs to the fans. I love the club & I will support the club until I die, but I do not recognize my club right now,” says Thierry Henry.

“Kroenke has been running it like a company, not a football club. I’m proud of what the fans have achieved.”

Is Ek’s dream solution for Arsenal a pipe dream or reality?

Ek announced his interest in buying Arsenal on Twitter a few days ago during the protests to Stan Kroenke at Emirates Stadium. “As a kid growing up, I’ve cheered for as long as I can remember,” Ek Tweeted. “If KSE would like to sell Arsenal I’d be happy to throw my hat in the ring.”

Thousands of furious Gunner supporters called on Kroenke to relinquish his ownership of the club in light of the owner’s involvement in the proposed Super League.

As a kid growing up, I’ve cheered for @Arsenal as long as I can remember. If KSE would like to sell Arsenal I'd be happy to throw my hat in the ring.

While most Arsenal fans are enthusiastic about the possibility of Ek’s winning bid, the chances of it happening are slim. There’s just no way Kroenke will sell the club despite how much of the fanbase despite him.

Just look at Newcastle fans, who’ve been laughed at for more than a decade for criticizing club owner Mike Ashley for his pure greed. Ashley has even considered selling more than once, but Kroenke has never said a word.

Kroenke’s son Josh, one of Arsenal’s directors, told a fans’ forum call that the family is keen on keeping the club. Reports claim that an “astronomical amount” in the range of $2 billion would be the only way to get the Kroenkes to the negotiating table.

Arsenal fans, do you want your club taken over by the Spotify CEO? Let us know on Facebook.