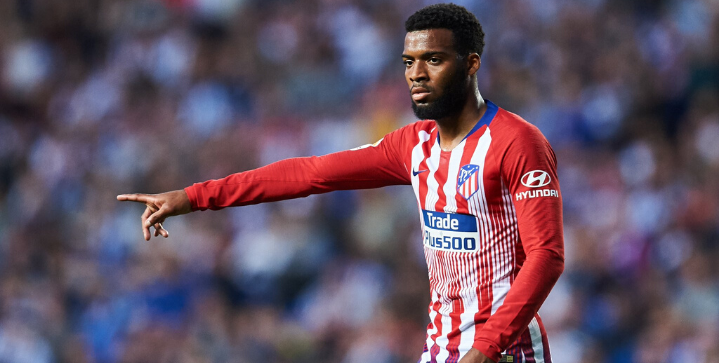 Arsenal have pulled out of the race to sign Atletico Madrid midfielder Thomas Lemar, according to Goal. The club does not have the money to meet Atletico’s £50million valuation.

Mikel Arteta will instead look elsewhere to fill a void in his midfield with Lille starlet Boubakary Soumare at the top of his list.

Arsenal’s opt-out gives Tottenham a leg up in the race to sign Lemar who is a priority transfer for Jose Mourinho’s side.

Is Thomas Lemar a flop?

Wenger’s Arsenal nearly signed Lemar for a whopping fee of £90m in the summer of 2017. But Alexis Sanchez bought Wenger more time, staying at the Emirates before moving to Manchester United in January.

The 24-year-old Frenchman ended up signing with Diego Simeone’s side on a £60million move in July 2018.

Needless to say, it hasn’t worked out for the speedy youngster. Lemar has only scored three times in 64 appearances for Atletico, leaving Simone unimpressed.

“Facts speak better than words. Lemar is an important player who hasn’t been able to develop his game but who has characteristics that others don’t have,” Simeone said last week in a pre-game press conference against Levante.

“Let’s hope he has a good moment when he comes back from injury.

“Now, if Lemar can stay or not… we know that agents work in an exemplary way. Clubs work in terms of the needs of the clubs. But, as a footballer, every time he has been available, he’s played a lot more than he hasn’t played.

“His characteristics have always excited me. But he hasn’t been able to live up to expectations.”

Spurs loan with an option to buy could give Jose Mourinho the remainder of the season to get what he expects out of the winger. Mourinho has already worked his magic in turning around Dele Alli.

Would Thomas Lemar fit in at Spurs? Let us know on Twitter.