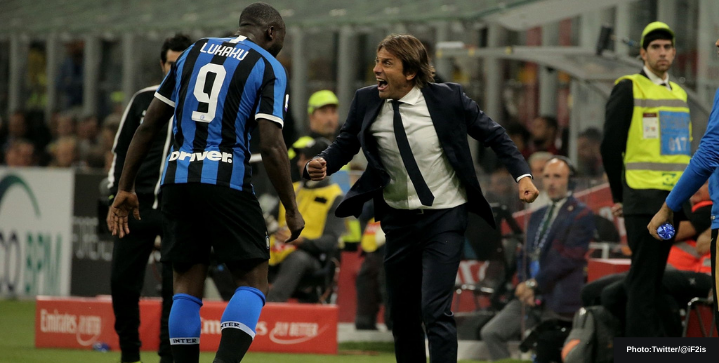 Tottenham Hotspur have held ‘fruitful and interesting’ talks with Antonio Conte about the Spurs coaching position, according to Corriere dello Sport.

The Italian boss is hot property after leading Inter Milan to the club’s first Scudetto in more than a decade.

Conte revealed that coaching Spurs proposes a ‘stimulating challenge’ but agreed to pause the talks until after the season.

Conte, a three-time Serie A champion with Juventus and a one-time Premier League champion with Chelsea, is unquestionably one of the best managers in world football. He also attracts the best players — apparently, he picked up the phone to convince N’Golo Kante to join Chelsea over Arsenal back in July 2016, according to the Daily Telegraph.

Conte conquered the Premier League, and now he’s restored Inter Milan to Serie A Champions. Could he turn Inter Milan into a dynasty? Needless to say, it’s going to take huge convincing for Spurs to get Conte to leave Milan.

“I’ll be staying or leaving Inter? Now we enjoy the celebrations, then we’ll meet and decide,” said Conte.

“We will choose the best destiny for Inter. Mourinho returning to Italy is a great news: everything has been clarified, there’s only respect between me and José.”

Does anyone want to coach Spurs?

Spurs have been linked with a host of candidates, from Julian Nagelsmann to Erik ten Hag, both of which recently signed new deals. Nagelsmann will take over at Bayern Munich while ten Hag signed a one-year extension with Ajax.

In addition to Conte, Spurs are also linked with Atalanta’s Gian Piero Gasperini as their next manager.

Only time will tell who the club appoints as their next manager. Whoever it is, Spurs fans will be hoping for a quick return to the Champions League.

The Special One is back: Jose Mourinho appointed Roma’s new manager