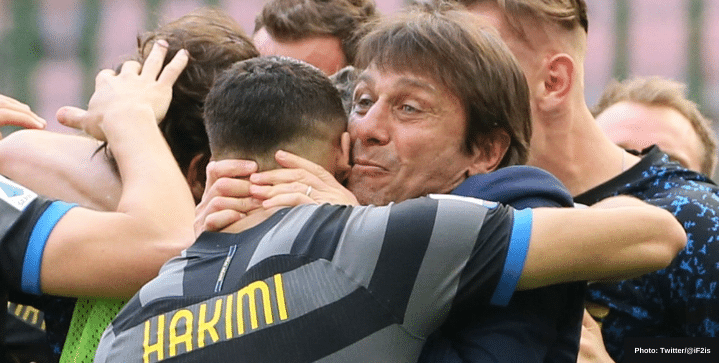 The second time’s the charm? Tottenham are making progress with talks with Antonio Conte to replace the sacked Nuno Espírito Santo. Spurs fired the Portuguese after the club’s 3-nil defeat to Manchester United last night. They sit 8th in the Premier League table.

Fabio Paratici, Managing Director of Football, said: “I know how much Nuno and his coaching staff wanted to succeed and I regret that we have had to take this decision.

“Nuno is a true gentleman and will always be welcome here. We should like to thank him and his coaching staff and wish them well for the future.”

Paratici is looking to reconnect with the former Juventus head coach, Antonio Conte, where they won three Serie A titles and two Supercoppa Italiana together.

Conte is coming off a successful two-year stint at Inter Milan where he led the club to their first league title in eleven years, putting a stop to Juve’s nine-consecutive titles.

The Italian left Internazionale last summer due a disagreement over the club’s transfer policy. It’ll be interesting to see if Spurs Chairman, Daniel Levy, can offer those transfer budget assurances to Conte.

Reports indicate that Tottenham have offered Content an initial 18-month-contract with an official announcement as soon as tomorrow. Conte rejected Spurs’ bid over the summer.

If anyone can improve Spurs in a short period of time, it’s Conte. The 52-year-old wins trophies wherever he goes. But so did too Jose Mourinho, who left Tottenham trophyless.

If there is any team that could break Conte’s formidable silverware haul, it’s Spurs, primarily because of the cagey Daniel Levy.