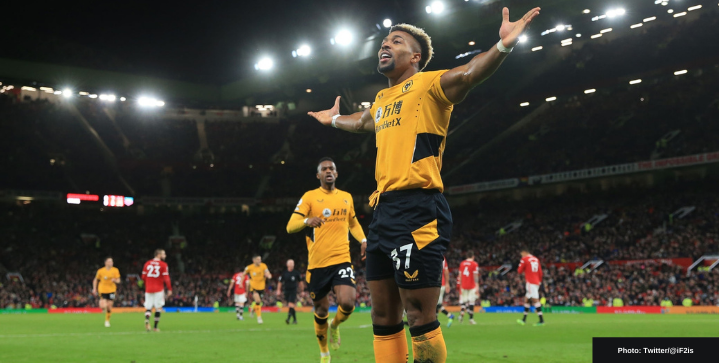 Tottenham have stepped up their efforts to sign Adama Traoré from Wolves this January transfer window. Wolves rejected the initial £15million bid from Spurs.

According to Footy Insider, Wolves have accepted Spurs’ bid for a loan with the obligation to buy for £20M plus £2.75M in add-ons. If so, all that’s left is for the Spaniard to accept personal terms until 2026 with the North London side upon setting up a medical this weekend.

Spurs director Fabio Paratici wants to provide Conte the attacking winger he needs to push for a top-four finish. Traore instantly provides more pace to Conte’s side, with the added bonus of creating more space for Kane and Son.

The 25-year-old will need to plus up his contributions, however, producing only one goal and 0 assists in 19 Premier League so far this term. Traore was previously linked with a return to Barcelona where he played as a youth.

Meanwhile, Tottenham are accelerating efforts to offload a few players this winter, starting with Tanguy Ndombele.

Spurs want to loan the Frenchman to PSG for the rest of the season with the Ligue 1 side taking on all of the Frenchman’s wages. The Lilywhites are also looking to sell Steve Bergwijn or Delle Ali with the Englishman linked to Newcastle.

Spurs are coming off a miraculous last-second victory against Leicester earlier in the week. They’ll seek to continue their climb their way up the table when they meet Chelsea on Sunday.