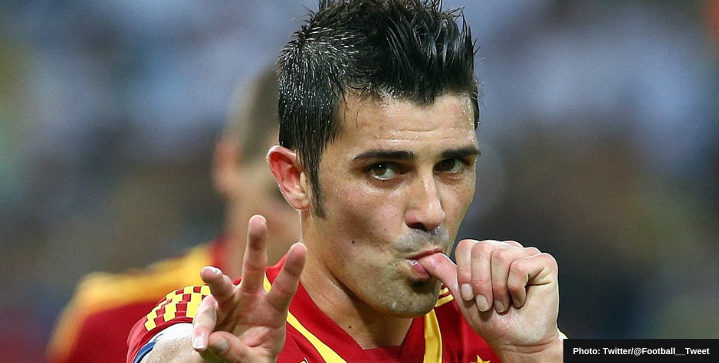 Spain has produced some of the world’s best goalscorers. So it’s no surprise that the leading goalscorers for the former World Cup and European Champions are a tight competition. Let’s run down the top 5 all-time Spanish scorers to date.

La Roja’s legendary captain Fernando Hierro is Spain’s only player with three penalties scored at the World Cup. His 29 total goals for country are a testament to his skill as a player — he was a center-back, after all — and he is rightfully regarded as one of the best players in Spanish history.

Center-forward Álvaro Morata has continued his fine goal-scoring form since the Europ Cup. He may not start up top for Spain, but he’s always available for a big-impact goal. Alvaro Morata already has two goals to his name at Qatar and is the 5th top scorer in La Roja history. He’s also the first Spaniard to score as a substitute in consecutive matches, the sixth player in World Cup history to do so.

“David Silva is one of the most talented players Spain has ever produced,” said Barcelona and Spanish legend Xavi. Silva starred in the victorious 2012 Euros for Spain, heading home the opening goal in the final against Italy. He scored two goals and contributed three assists in that tournament.

Silva is also among the most-capped Spanish players of all time, with 125 appearances.

Fernando Torres scored the only goal in the 2008 European Championship final, giving Spain their first Euro win since 1964.

Torres led La Roja during its unprecedented run from 2008 to 2012, ultimately collecting two Euros and a World Cup. The striker is Spain’s joint-top scorer at the Euros with five goals.

“The Ferrari,” Raúl González is Spain’s second top goal scorer. The former captain scored 44 goals for La Roja and notched 102 caps despite not winning any silverware with the side.

Of course, the legendary striker went on to win three Champions Leagues and six La Liga titles with Real Madrid. He was once nicknamed the Golden Boy of Spain for a reason.

Villa also scored five goals in Spain’s triumphant run in the 2010 World Cup, including that long-range goal against Chile. He contributed 75% of Spain’s goals in South Africa.

In short, Villa is one of the best finishers Spain has ever produced.