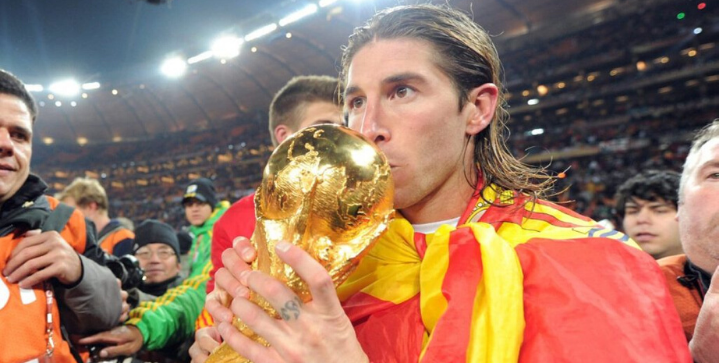 Spain has produced some of the world’s finest footballers of the last decade, most evident in the team’s 2008 – 2012 golden era that saw the likes of Andries Iniesta, Xavi, and Xabi Alonso star on their respective domestic teams Barcelona and Real Madrid before teaming up to win the consecutive Euros in 2008 and 2012 plus the 2010 World Cup.

Let’s take a look at some of the most talented players in Spain’s footballing history.

Perhaps no one player exemplifies Spain’s style of play, ’tiki-taka’, more elegantly than Andres Iniesta. The Barcelona man famously scored the winning goal for Spain to seal the 2010 World Cup against Holland, the country’s first World Cup trophy ever. Iniesta was also named Man of the Match, a trend he carried on to Euro 2012 where he was named Player of the tournament for leading his team to victory. After 131 caps and 13 goals with the national side, he retired in 2018 after Spain exited the World Cup.

With 133 appearances for Spain, Xavi played an instrumental role in helping his country win its first title since 1964 with the UEFA Euro 2008. With his uncanny vision — he dished 599 passes with a 91% success rate — and his ability to get stuck in, Xavi also helped power the team to the 2010 World Cup. The engineer of the tiki-taka, Xavi also guided the team to another UEFA Euro trophy in 2012.

The legendary striker never won any silverware for the national side, but his 44 goals in 102 appearances are a reminder of his offensive prowess and commitment to Spain. Nicknamed “The Ferrari,” Raul will forever be remembered for powering his way through defenses and scoring with sublime accuracy.

For someone nicknamed “El Guaje” or “the little kid,” the goals were big and plentiful. David Villa remains Spain’s leading scorer, with 59 strikes in 97 national appearances. He served as the catalyst that drove Spain to its first World Cup victory in 2010.

With 158 caps and 14 goals, Sergio Ramos has excelled for the national side ever since his senior debut in 2005. Building on the confidence from Euro 2008, the physical right back helped the team earn five clean sheets in its run-up to winning the 2010 World Cup. He also completed the most dribbles in South Africa with 31 versus Lukas Podolski (27) and Iniesta (26), respectively.

The engine and workhorse of the Spain defense, Ramos played every minute of Euro 2012 as he did in the prior World Cup, earning the team yet another taste of glory.

Considered one of the best defenders for both Barcelona and his national side, Carles Puyol buttressed the Spain side that won the 2010 World Cup. In addition to playing nearly every minute with the squad, he scored the header against Germany that sent the team to the 2010 World Cup final. With a Euro trophy, a World Cup, and 20 major club titles, the rugged Puyol will go down as one of the best in Spanish football folklore.

The versatile midfielder Xabi Alonso excelled in both offensive and defensive positions, acting as both playmaker and tactical tackler. As part of Spain’s golden era that won Euro 2008 and 2012 along with the 2010 World Cup., Xabi played 114 hardworking games for the national side, scoring 16 goals.

The famed midfielder for Barcelona and Inter Milan, Ballon d’ Or winner Luis Suarez played in two World Cups and helped Spain win the European Championship in 1964. With 14 goals in 32 appearances, the ‘architect of football’ will always be remembered for winning Spain’s first national trophy.

With his outstanding shot-stopping ability and quick reflexes, Iker Casillas helped the Spanish side that won two Euros and a World Cup. As captain of one of the greatest teams of all-time, he has cemented his legacy in Spanish football history. He’s also earned the team’s most caps with 167.

Once a world-class striker with lethal scoring abilities before nagging injuries, Fernando Torres helped lead La Roja during its unprecedented run from 2008 to 2012, collecting two Euros and a World Cup. A participant in 110 national games, Torres finished his career with 38 international goals, making him Spain’s third-highest leading scorer ever.

The creative midfielder has earned 125 caps with the Spanish side, notching 35 goals on his way to helping the team to a record-setting back to back Euro titles with a World Cup in between. While less prominent than Spain’s other tiki-taka players, he made the Euro 2012 Team of the Tournament for his two-goal and three assists display.