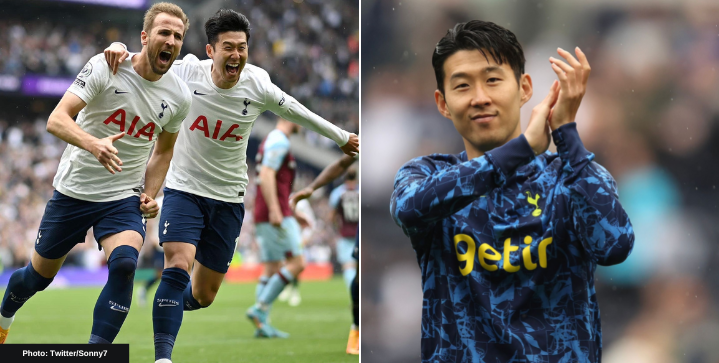 Son Heung-min appears to be calling time on his career at Tottenham Hotspur. According to German media outlet Sport 1, the 30-year-old is setting his sights on joining a “bigger” club.

“Sonny” penned a new deal at Tottenham during the summer of 2021, seeing him at Spurs until 2025. But the 30-year-old is itching for a new challenge, having proven his status as one of the Premier League’s most lethal forwards.

Since becoming the most expensive Asian player ever after signing for Spurs for £22million in 2015, Son has bagged a remarkable 136 goals and provided 76 assists in 341 matches. He shared the Golden Boot with Mohamed Salah last season, finishing with 23 goals.

Son also finished 11th in the Ballon d’Or voting last week. However, the South Korean international is still yet to win a major trophy with a club despite seven seasons in North London — Spurs finished as runner-ups in the 2019 Champions League final and 2021 Carabao Cup.

Carlo Ancelotti is particularly keen on the versatile forward, whom Jose Mourinho nicknamed “Sonaldo” while the Portuguese coached Spurs.

Anfield is also a possible destination for Son, with Klopp desperate to fill the void lost with the exit of Sadio Mane to Bayern during the summer.

Spurs, demanding a minimum of €75m for Sonny, are far likelier to sell the player to a club outside the Premier League rather than rivals Liverpool. PSG is never one to shy away from making big-money moves.

After a hot start in the Premier League, Antonio Conte’s Spurs side seems to have hit a snag while North London neighbors Arsenal stay atop the table. With Conte yet to sign an extension at Tottenham, it’s no wonder Spurs stars Son and Harry Kane are eyeing their next career move.