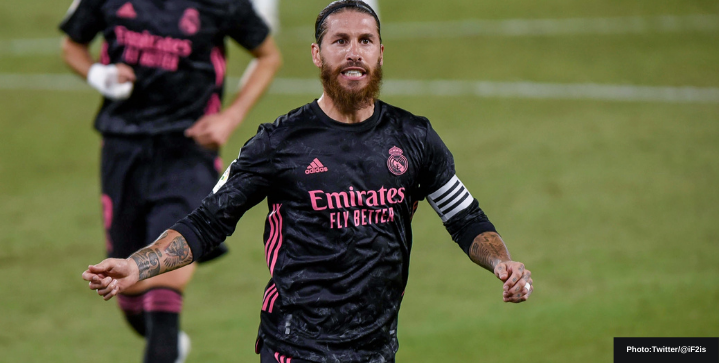 Real Madrid star Sergio Ramos has reportedly agreed to take a pay cut if he is to remain at the club beyond this season.

Ramos is currently in the final year of his contract with Real Madrid, and speculation has been rife that he will leave the club at the end of the season. Meanwhile, his partner in crime, Raphael Varane, appears to be moving elsewhere.

However, the 35-year-old has now reportedly committed to a two-year salary reduction of ten percent to stay at the team he’s represented for 16 years. Ramos’ contract expires at the end of June.

Can the club legend get a contract extension?

Ramos has been with Real since 2005, making a total of 670 appearances for the team. He’s scored 101 goals and notched 40 assists, a remarkable stat for a central defender.

He’s also won 23 trophies with the club — four of those are Champions League, three of which he captained the club.

After getting back into fitness from Covid, Ramos is looking to make a full return for the second leg against Chelsea in the Champions League semi-finals next week. His presence and defending skills should be enough to help Los Blancos return to the UCL final.

With Raphinha to Chelsea imminent, where to next for Christian Pulisic?