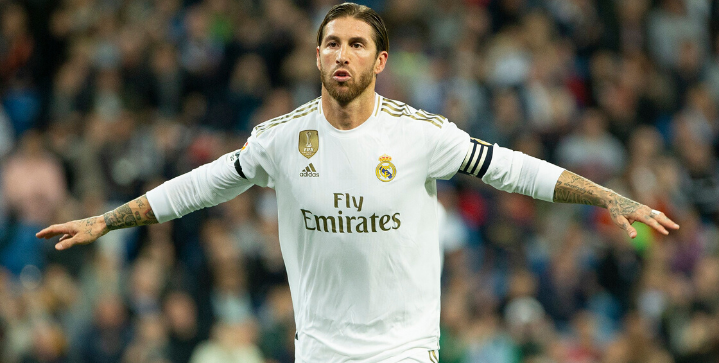 Sergio Ramos joins Lionel Messi and Raul as the only three players to have scored in 16 successive La Liga seasons.

Ramos scored his 62nd goal with Real Madrid in his 468th appearance last night in Los Blancos 5-0 win over Leganes.

He netted the twice-taken penalty kick (VAR ordered a retake) in the 24th minute after a foul on teammate Eden Hazard.

Yet another milestone achievement for Ramos

Both Sergio Ramos and Lionel Messi started their 16th straight goal-scoring records back in the same year: 2004. Messi equaled Raul’s record earlier this season against Sevilla.

However, what’s remarkable about Ramos’s feat is that he’s achieved the milestone as a center-back. The defender averages a goal every seven and a half games, with 110 goals across club and country.

Prior to the clash, the Santiago Bernabéu celebrated Ramos as Spain’s most capped player of all-time with 168 appearances.

Earlier this month, Ramos also surpassed Roberto Carlos’ record for most appearances in the Champions League by a defender with 120 appearances.