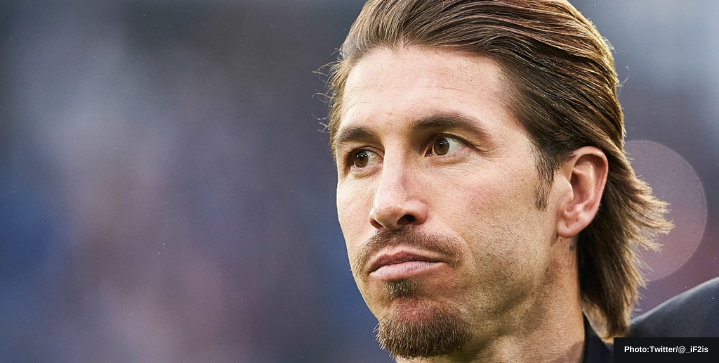 One week after Sergio Ramos told Real Madrid he was willing to take a pay cut to remain at the club this season, he seems to be hinting at an exit.

With negotiations between Ramos and Florentino Perez at an impasse over the player’s wage demands, the Spaniard has taken to social media to garner the attention of Paris-Saint Germain.

While Sergio Ramos is getting PSG fans hyped, his actions are driving Los Blancos supporters crazy. It appears that the veteran star center back wants to make one last payday before he hangs up the boots. Plus, with David Alaba on his way to the Santiago Bernabéu and with Eder Militao in good form, Ramos’s starting role could be in jeopardy.

The 35-year-old is right to play his cards as a free agent, but he’s also the face of Real Madrid. The player has captained the club to three consecutive Champions League titles, amassing a total of 23 trophies for the club.

Should Real Madrid continue to balk at Ramos’ contract expiration on June 30, the legend may find Champions League football more enticing at a club that can meet his salary demands.