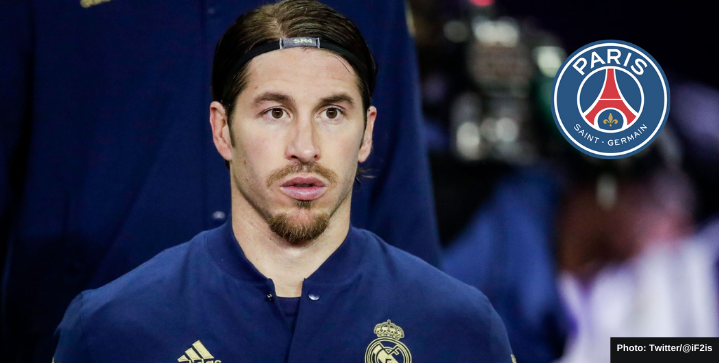 Sergio Ramos is on the verge of joining Paris Saint-Germain this summer.

The Spanish international became a free agent after 16 seasons with Real Madrid.

Both Madrid and Ramos expected to extend his stay — Ramos was even willing to take a pay cut — but the two parties failed to come to an agreement on the duration of the contract.

Ramos wanted a new two-year deal while Los Blancos would only offer one. By the time Ramos accepted, it was too late.

It’s no surprise that the 35-year-old is heading to Paris. Ramos flirted with PSG during the impasse over his renewed Madrid contract. He also started following a bunch of PSG on Instagram last May, including Neymar, Mbappe, Mauro Icardi, Keylor Navas, Julian Draxler, and Angel Di Maria.

The center-back is negotiating for a two-year deal at PSG which the club is willing to meet.

Pochettino’s side are desperate to reinforce their defensive options after failing to win Ligue 1 last year.

PSG plan to announce the signings of Ramos, Achraf Hakimi, and Gianluigi Donnarumma in the coming days. The Parisians beat out Barcelona to sign Georginio Wijnaldum back in May.