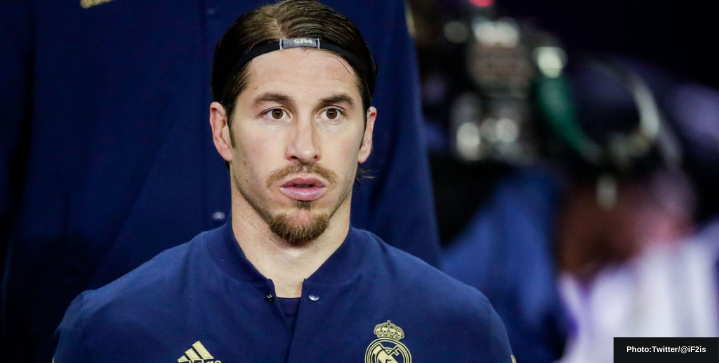 According to reports, Sergio Ramos has been calling all Real Madrid players and telling them not to accept any salary pay-cuts this summer because the funds would be used to sign Kylian Mbappe.

Ramos, set to be a free agent at the end of June, continues to spar with the club he’s represented for 16 seasons. His future awaits.

The Spaniard previously asked Los Blancos to offer him a two-year deal last month. The 35-year-old was even willing to take a pay cut. But Real president Florentino Perez continues to balk at the player’s high wage demands.

With no deal in sight, it appears that both parties could part ways. Ramos was seen flirting with PSG when Neymar extended his contract last month.

Can Ancelotti convince Ramos to stay?

With Carlo Ancelotti back as manager, Ramos may again be keen to stay at the Santiago Bernabéu should the club offer him an improved contract.

Both coach and player have a strong relationship. Ramos scored the last minute equalizer against Atletico Madrid in the Champions League final to force extra-time. Real’s 4-1 victory completed La Decima in Lisbon.

“Sergio Ramos is a very important player. I know there are talks over a renovation, but I don’t know the details… when I do, I can say more. I’ll talk with the club about Ramos’ future,” said newly appointed boss Carlo Ancelotti.

“I’ve just arrived, have to talk about Ramos with the club in the next few days. I have a lot of love still for Gareth Bale, Isco, Marcelo… they will have motivation to show they can still play for Real Madrid.”

Direct talks between Ancelotti and Ramos should help hammer out a final decision by this weekend. Injury-plagued and cut from Spain’s Euro 2020 squad this year, Ramos will be looking for good news to come his way.

Do you think Sergio Ramos should stay at Real Madrid? Let us know on Facebook.