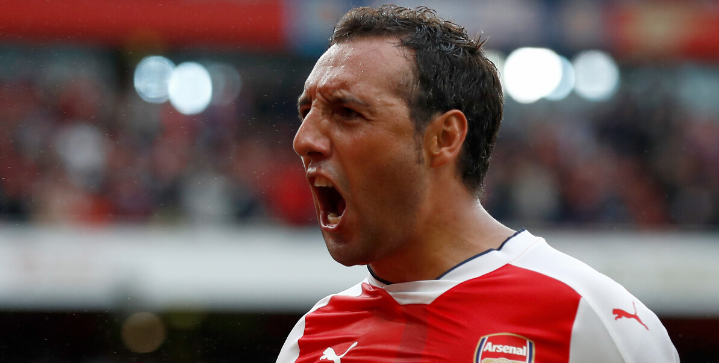 Santi Carzola heaped praise on new Arsenal boss Mikel Arteta and revealed his personal dream to return to the Emirates.

Carzola and Arteta helped Arsenal end their trophy drought with an FA Cup victory in 2014, followed by another cup trophy in 2015.

However, the two went their separate ways afterward — Arteta headed to Manchester City to serve as assistant coach to Pep Guardiola and Carzola ultimately returned to Spain to play for Villareal.

“I believed he would become a manager in the future. Even when I was playing with him, he showed great leadership in dressing room,” Carzola told Goal about Arteta.

“Some say it’s a gamble for Arsenal to appoint him, but I believe it’s a reasonable challenge. He also worked as a coach under Pep Guardiola. I believe he can become a great coach.”

“It’s not easy for any manager now to be like [Arsene] Wenger or [Sir Alex] Ferguson. I can’t anticipate how long he’ll stay at Arsenal, but I believe he can also make great career at Arsenal, and he’s a proper one for Arsenal. I hope Mikel leads Arsenal well.”

Carzola to return to North London?

Carzola also told Goal that he hopes to appear back in North London one day, ideally as a player. Plagued by injuries during the last couple years of his Gunner career, the playmaker still feels compelled to pay the fans back.

“I don’t know if it’s possible or not, but I want to play one more game for Arsenal before I retire. It was a deep regret that I could never have a proper goodbye,” he told Goal.

“Arsenal was the biggest club I ever played for. I’m proud that I was an Arsenal player. I’m especially grateful for Arsenal fans who supported me even after I left the club. I wish I can be part of the Gunners family in the future again.”

While it’s difficult to imagine Arsenal snatching up the player on loan or even hiring him next season for a player-coach role, one never knows what the future holds for the little magician.

The doctors once told Carzola that he’d be lucky to walk again eight surgeries and a serious infection to his Achilles tendon. As if Santi’s return and resurgence back to the pitch for Villareal wasn’t extraordinary enough, a return to the Arsenal in any capacity would be even sweeter.