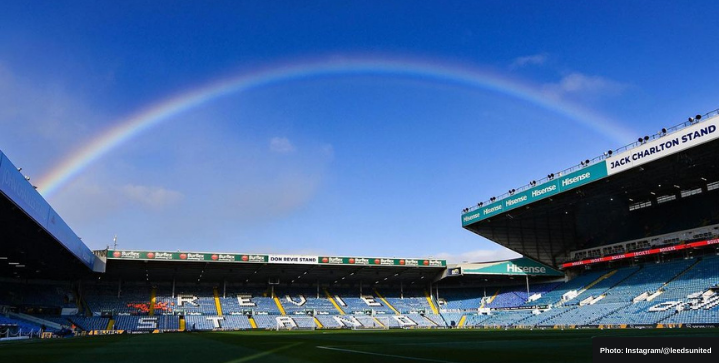 The NFL’s San Francisco 49ers are set to take a complete takeover of Leeds United within the next two years, according to The Athletic.

The 49ers, owned by the investment firm 49ers Enterprise, control 44 percent of the club, a stake that’s climbed since the initial investment in 2018. Aser Ventures, led by Andrea Radrizzani, is still the majority owner with 56% ownership of the club.

“Now we are partnered with 49ers, this is fundamentally very important because it will be very difficult to stay in the Premier League, but if we stay in it this year I think we can go much more than last year and go into the top six,” Radrizzani said at the Web Summit event in Lisbon.

“Start to renovate the stadium and continue to grow the value of this club.”

The Enterprise firm now plans to buy out the rest of Radrizzani’s shares for around £400m, including the stadium Elland Road. The 49ers see Leeds United as a valuable club with an increased value north of £500 million, especially with a new venue.

“Leeds United can be, should be, will be one of the biggest clubs in the world,” said Paraag Marathe, Leeds vice-chairman and 49ers president, back in May.