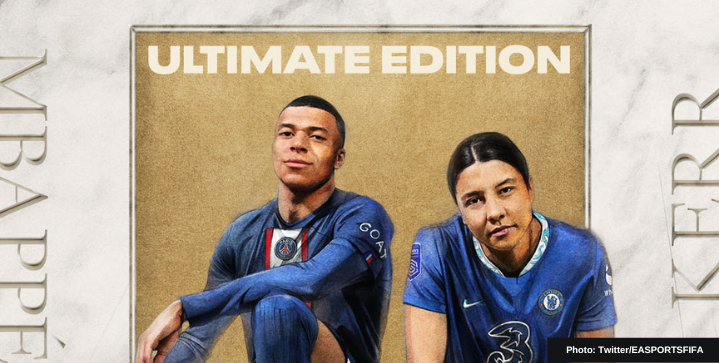 Sam Kerr becomes the first women’s footballer to feature on the global cover for FIFA 23.

Kerr’s feature is a massive accomplishment for female football, given the powerhouse FIFA franchise which released its first game on the Sega Mega Drive in 1993.

The 28-year-old Aussie captain and the country’s leading goalscorer is one of the most recognizable faces in women’s sports.

Kerr has led Chelsea to back-to-back consecutive league and FA Cup titles while securing the WSL Golden Boot in each of the 2020-21 and 2021/2022 seasons with 20+ goals.

It’s been a big month for female footballers. Earlier this month, the White House honored US women’s national team star Megan Rapinoe with the Presidental Medal of Freedom.