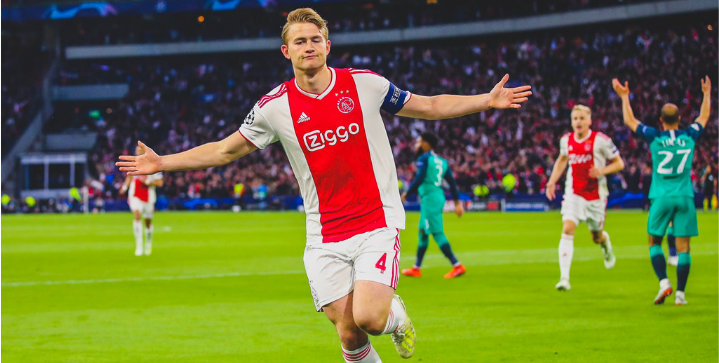 The highly touted 19-year-old Dutch defender Matthijs de Ligt appears to be gathering interest from both Barcelona and Juventus.

His 115 appearances for Ajax and 15 caps for the Netherlands make him one of the most exciting prospects in world football. The teen also helped Ajax steer through the Champions League, falling short against Tottenham in the second leg of the Champions League semi-final.

The central defender wasn’t shy in hiding his admiration for the Juventus he helped defeat in the Champions League quarterfinals, particularly its backline. Said the central defender: “I really like Chiellini, as he is one of the best defenders in the world. I also appreciate Bonucci, so between them they are among the best center-backs in Europe.”